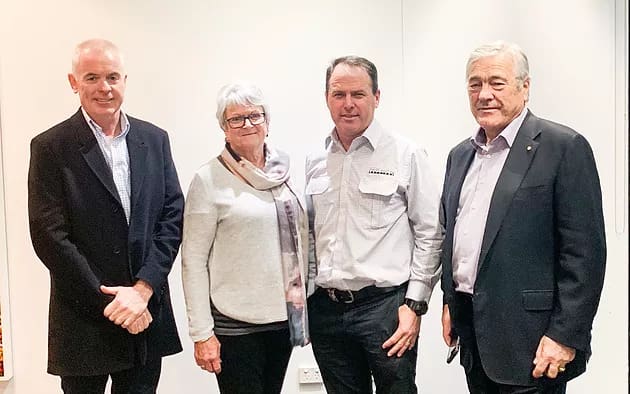 DELTA Agribusiness has completed the acquisition of the independent rural services business North West Ag Services and AGRIvision consultants (NWA-AVC) that operates in the Wimmera and Mallee regions of Victoria.

Established in 1987 initially as Quambatook Rural Supplies, NWA-AVC has grown from their foundation business at Quambatook to a dynamic and innovative business of 14 locations. AGRIvision Consultants comprises a team of 20 agronomist consultants operating across the Victorian market.

As a part of the transaction, NWA-AVC principal and general manager, Steve Cameron, has taken up a substantial shareholding in Delta Ag and will join the board of directors of the Delta business.

“We welcome Steve Cameron and the entire North West Ag Services and AGRIvision teams to the business and, through this transaction, Steve Cameron to the board of directors,” Delta Ag chairman, Doug Rathbone, said.

“There are many positive synergies that will result in our business going forward, including an increase in business scale and geographic diversity, and a continued focus on positive client outcomes.”

Mr Cameron said NWA-AVC had always strongly protected its independence and did not want to give that up, so decided to team up with the people at Delta Agribusiness whom they knew well and had a high level of trust with.

“This merger will provide increased efficiencies, enhanced buying power, and provide the resources and one team approach required to grow and innovate, without compromising our independence and autonomy,” he said.

“Delta’s inclusive shareholder model also creates significant opportunities for our people; Delta Agribusiness is a company that we believe is our best option to move forward.”

Delta Ag was established in 2006 as an independent and private company.

With the latest acquisition of NWA-AVC, the business will now have a footprint of 44 locations across regional New South Wales, Victoria and southern Queensland, employ more than 300 people and serve an expanding network of more than 9000 clients.