THE wave of ‘digital disruption’ sweeping across the agricultural sector is revolutionising the way farmers, buyers, processors and financiers do business, according to Agridigital co-founder and executive chairman, Bob McKay.

For the grains industry, the digital era is opening up the opportunity for greater connectivity and the potential to streamline payment systems along the supply chain.

Speaking at the Australian Farm Institute’s ‘Harvesting the Benefits of Digital Agriculture’ conference in Melbourne, Mr McKay said there were fundamental changes happening to the way business was done in the agricultural sector, but many people were underestimating the impact of that disruption.

“The current system is inefficient and the future will bring up some fundamentally different ways of doing business.”

Mr McKay said Agridigital was focussed on digitising the global agricultural supply chain by creating an integrated platform that created a post-farm-gate system that brought trust and transparency to all participants along the supply chain. 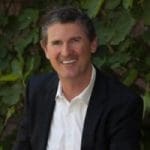 He said unless the global agricultural supply chain was secure, competitive and efficient, farmers worldwide would continue to be exposed to downstream risk.

“Farmers understand risk and manage it really well on the farm, but we think it is only fair that when they deliver their produce they deliver it into a safe and secure environment,” he said.

“If we can create the ecosystem, it is not just there for farmers but all sellers, buyers, processors, traders, financiers, seed companies, government, retailers in the supply chain, and ultimately the consumer as well.”

Mr McKay said the agricultural sector needed to actively pursue the integration of systems and the digitising of the agri supply chain to overcome the inefficiencies and outdated practices that still existed in the current system.

“Today in Victoria there will be a farmer who will deliver a load of grain on behalf of a trader to a processing facility in Melbourne. She won’t get paid for 30 days and she won’t know the details of that load until she gets the RCTI (recipient created tax invoice) or a tax invoice in the mail,” he said.

“The processor won’t know who the farmer was who delivered it and won’t have any idea of where that grain was grown or how it was treated.

“However, one of the conditions is that the buyer must have already paid for the grain before they can borrow the money to pay for the grain.”

Mr McKay said the three key industry problems that needed to be addressed were:

He said farmers were just as entitled as anyone else to receive direct, immediate payment for their products.

“If you buy a coffee, you have to pay prior to delivery. You don’t negotiate terms to drink the coffee and pay later. So, if a barista won’t do it, why should farmers do it? A year’s worth of grain is worth a lot more than a cup of coffee,” he said.

Mr McKay said late last year Agridigital had successfully conducted the world’s first settlement of a physical agri commodity on a Blockchain when a NSW farmer delivered grain to a buyer using the Agridigital platform.

“The physical delivery and settlement happened at exactly the same time and the farmer was paid before the truck left the weighbridge,” he said.

He said Agridigital was continuing to work with Blockchain technology and others in the ag industry to de-risk and improve efficiencies in the supply chain.

“Our pilot this year will cover digital title records and that is about having a complete and verifiable record of the chain of ownership. It is really digitising title. It shows who owns what and when and where,” he said.

“It covers provenance by showing where the commodity came from and how it has been treated along its journey.”

Mr McKay said one of the initiatives that Agridigital was introducing in relation to supply chain financing was an IoT (Internet of Things) based trial where a sensor network would be deployed throughout the storage facility of a customer.

The sensor network would be connected to the Agridigital platform.

“This allows the financier and the customer to track and monitor the physical asset which has been used as security. It provides a clear line of sight for the borrower and their financier as to the location, the quantity, the quality and the value of the underlying asset,” he said.

“We are aiming to deploy digital draw down and repayment facilities via the Agridigital platform for both the borrower and the financier so they can use Agridigital to streamline their operations and decrease the cost of finance by de-risking it for the bank and by reducing the administration burden for both parties.

“We are introducing technologies where transactions will only complete if they are valid and correct in all respects. Our aim is to reduce the level of error and fraud that currently exists, as well as speeding up the transactional flow by only having one single point of data entry.”

Bob McKay is a grain grower at Warren in central west NSW and co-founder and executive chairman of AgriDigital.

He was also founder of independent broker, Agfarm (sold to Ruralco Limited), and the first online grain broking and clearing house, Clear Grain (sold to the New Zealand Stock Exchange).