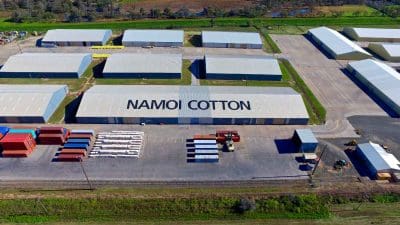 Expected to be complete by the end of this month, changes include the cutting of 50 jobs which will reduce the company’s annual wages bill by more than $4.5 million.

“This initiative will allow Namoi to be more flexible and adaptive for many years to come as it trades through the climate cycles in the agricultural sector,” the company said in an announcement on Friday to the Australian Securities Exchange.

The restructure follows a review of operations, which the company said would allow it to bring increased focus and accountability in the delivery of services to growers and customers.

The cashflow impact of implementing the restructure is approximately $2M, which will be borne entirely in its current financial year which ends on 29 February 2020.

Namoi has updated its market guidance for the year to 29 February to a $3M loss, compared with the previous range of plus or minus $2.5M.

Namoi has said its “full-service capability” will continue to be offered to growers and customers in the coming ginning season.

This is despite the forecast sharp decline in cotton-crop volumes as a result of the eastern Australian drought.

“These structure places relatively more grower-facing staff in the regional centres where the company does business, and reduces the corporate overheads in this challenging period.”

“The company will continue to do all it can to support its employees and their families while the current extreme drought conditions prevail.

Namoi owns and operates 10 gins in NSW and two at Goondiwindi on the NSW-Queensland border.

NCA’s operations are not believed to be affected by this round of redundancies.

Grain Central understands most or all of the 50 positions have already been emptied, and include senior roles in marketing and grower services.