DROUGHT in eastern Australia has bitten into sales volumes for leading Australian fertiliser company Incitec Pivot Limited (IPL), which has this week released its financial results for the half-year ended 31 March. 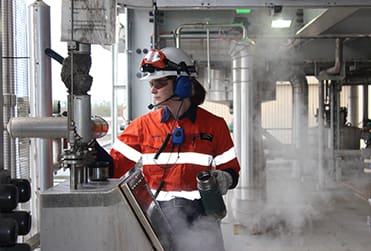 The company’s total earnings before interest and taxes (EBIT) for FH19 totaled $119 million after $141m of non-recurring impacts, well down from the corresponding FH18 result of $240m.

These impacts occurred in the company’s US and Australian operations, and included a once-in-a-century flood in North Queensland which closed the rail line from its Phosphate Hill facility to Townsville from January to April.

This fed into the division’s statutory EBIT loss for FH19 of $33m, which compares with a profit of $23m in the corresponding FH18 period.

The company is predicting an improved outlook for 2H19, with the 2019 financial year expected to come in at $370m-$415m after a $209m impact from non-recurring events.

“While the first-half result was impacted by some significant non-recurring events, we are making good progress with our strategic agenda,” IPL’s managing director and chief executive officer Jeanne Johns said.

“The underlying market fundamentals remain strong and we have an improved outlook for the second half and beyond.”

IPL manufactures explosives, fertilisers and industrial chemicals at a total of 20 sites in Australia, Indonesia, North America and Turkey, and has joint-venture operations in Australia, China, Malaysia and South Africa.