THE Supreme Court of Victoria has ordered the former chairman of AWB Limited, Trevor Flugge, to pay a pecuniary penalty of $50,000 and be disqualified from managing corporations for a period of five years following the Court’s finding that he contravened s180(1) of the Corporations Act. 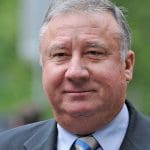 The orders follow the Court’s judgment delivered in December 2016 which found that Mr Flugge had breached his duties as a director of AWB in connection with payments made to the Government of Iraq while that country was subject to United Nations (UN) sanctions.

ASIC commissioner John Price said: “The case highlights that company directors and senior management have a positive duty to chase down allegations of misconduct by their company. It also demonstrates that if necessary ASIC will pursue difficult, complex cases over a lengthy period of time to bring poor corporate conduct to account.”