EASTERN Australia grain receival and storage agribusiness, GrainCorp, is waiting on potential buyer, Long-Term Asset Partners (LTAP), to come up with a “more certain” takeover proposal before it makes any recommendations to shareholders. 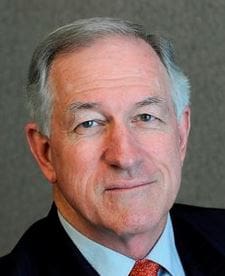 LTAP earlier this month lodged an indicative non-binding proposal to acquire 100 per cent of the shares in GrainCorp for a cash consideration of $10.42 per share by way of a scheme of arrangement.

“GrainCorp is providing LTPA due diligence under the terms of confidentiality to enable LTAP to determine whether LTAP and its financiers can put forward a more certain proposal.  The LTAP proposal at this stage is not sufficiently certain or in a form which would allow the Board to make a recommendation to shareholders,” GrainCorp chairman Graham Bradley said in a letter today to shareholders.

“I want to emphasise that the Board’s focus is on maximising value for all shareholders.  We will consider the merits of any final LTAP proposal carefully to determine whether it is in the best interests of shareholders.  Accordingly, we are seeking additional information from LTAP on its longer-term financing plan and intentions.”

“At this stage, there is no certainty that our engagement with LTAP will result in a binding proposal for GrainCorp, what the terms of any such proposal would be, or whether it would be recommended by the GrainCorp Board.”

He described the LTAP proposal as just one of several strategic initiatives under evaluation as part of GrainCorp’s review of assets, the result of which was likely to be made known not later than the time of the company AGM late in February 2019.