GrainPro trades on under voluntary administration 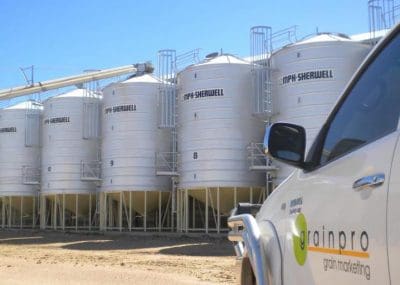 According to Australian Securities & Investments Commission’ (ASIC) records, Adam Shepard of Sydney firm Setter Shepard was appointed on Saturday as the company’s administrator.

On its website, GrainPro describes itself as a primary grain merchant based in Australia and operating worldwide for buyers and growers of grain products.

Trade sources said it had primarily operated in New South Wales and Victoria, but has also had a presence in South Australia and Queensland at times over the years.

ASIC records state GrainPro’s principal place of business since August last year is Gumly Gumly, on the eastern edge of Wagga Wagga, and that the business moved south from Dubbo in 2015.

The GrainPro website said the company was founded in Dubbo in 2006.

The ASIC report lists Mario Bonfante as the company’s secretary and sole director.

Grain, pulses and other commodities including canola meal, cottonseed and hay are continuing to trade on GrainPro’s electronic platform.

GrainPro was contacted for comment, and a staff member confirmed the company was still trading.

The administrator was also contacted but was not available to comment.