How can rural communities be heard? Nuffield scholar 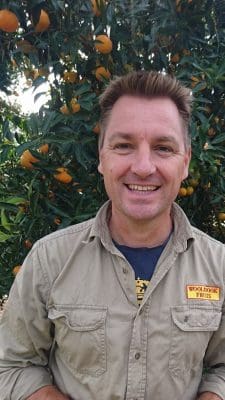 Ben Haslett at his orchard in South Australia.

It’s a conclusion he has researched through his Nuffield Scholarship, attempting to better understand how rural communities can best represent themselves and their cause for the good of the regions and Australia.

“I grew up on our family-owned orchard producing citrus, almonds, wine grapes and stone fruit and after studying science at university, returned to live and work on the farm,” Mr Haslett said.

“Our diverse business led to opportunities for me to become involved across multiple industries in a variety of roles including industry advisory committees, research and development committees, government appointed advisory groups, regional community representative groups and commercial boards.

“Over time I have noticed that no matter the industry or the regional group, the challenges seem to be the same – how to get what you need to make real, measurable progress in terms of funding, policy and community support.”

He said whilst this often leads regional communities to become frustrated with ineffective policy, poorly directed funding or inadequate consultation, he has found that it is equally true that Government often feels frustrated when trying to engage with the rural sector.

“How to bridge this communication divide and what affects the decisions made by key leaders is the focus of my study, how to be heard and make people understand that the vibrancy of agriculture is affected by the resources it can garner for optimising its production and the nature of the civil and regulatory frameworks from which it operates,” he said. 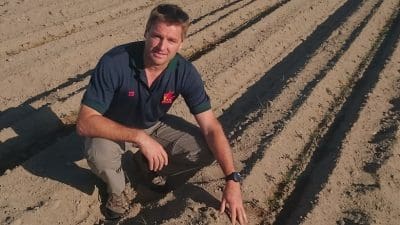 Ben Haslett on a farm visit in California, US.

“I travelled to the United Kingdom, France, the United States of America, Mexico, Brazil, New Zealand, Spain, The Netherlands and Hong Kong during my studies, and discovered a range of different approaches to rural representation.

“This is important as decreased linkages to a city-centric population and industry representation fragmentation have led to what some decision makers have labelled as farming accepting the “least worst” option for their communities.”

“An ability to reach a city based populace with the rural “story” resulted in more empathy which in turn placed greater pressure on governments to respond to rural needs. Farmer pathways to political positions also increased influence and when coupled to good levels of funding helped protect the interests of regional areas,” he said.

“Conversely, a multitude of advocacy groups led to poorer interactions with government at a national level as did the absence of large industry players from a peak body. Having to operate in a system that layers a continent’s requirements over that of a country adds challenges to national direction and optimising production.”

Mr Haslett said Australia needed a truly representative, well resourced, peak advocacy body that could present a clear, costed case to key decision makers in a manner that allowed them to instigate the requested change without fear of unwarranted public backlash.

“It is not only about telling the rural “story” in times of crisis,” he said.

“It is about communicating with the majority of Australians in a way that means something to them, because after all, most people need a farmer at least three times a day”.