AUSTRALIA and New Zealand’s largest integrated poultry producer, Ingham’s, has bought the Wacol feedmill west of Brisbane from Baiada as part of its push to expand feedmilling capacity in line with its continued growth in chicken and turkey production. 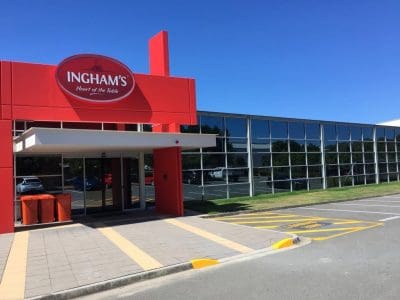 Ingham’s new distribution centre opened at Lytton in Brisbane in 2017-18. The company has also bought an existing feedmill at Wacol in this period.

In a statement tied to the release of its first-half 2018 profit results for the year to 30 December, 2017, Ingham’s said it has purchased an existing Wacol feedmill to complement existing capacity, and fit with its strategy of feed self-sufficiency.

Ingham’s has confirmed the mill was the Baiada facility, which has capacity to produce 3000 tonnes per week of broiler feed.

Ingham’s bought the Wacol mill early this month, and it is now being commissioned prior to its scheduled restart next month.

Ingham’s has cited rising energy and feed costs as having an impact on results, and being offset through operational improvement, or higher prices.

The company said its South Australia hatchery and breeder investments were now fully operational, and its new feedmill being built at Murray Bridge in South Australia was on track to open this year.

The Murray Bridge mill will cover all of South Australia’s feed requirements.

Other developments include a new Queensland distribution centre which is now operational, and the advancement of plans for a new mill in Western Australia as part of Ingham’s expansion in that state.

Ingham’s said feed prices have continued to move higher in recent months, and the company has forward coverage which extends approximately nine months.

It said its smaller feed customers were under pressure from rising feed prices in Australia.

Ingham’s was founded as a family business in 1918, and listed on the Australian Stock Exchange in 2016.