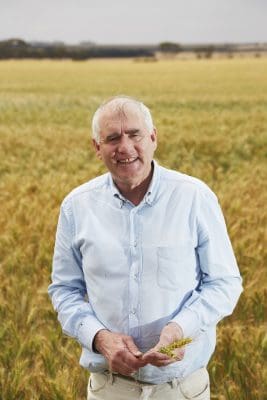 A survey of Cooperative Bulk Handling Ltd (CBH) members has found only 12 per cent of respondents favour the public listing of Australia’s largest co-operative, and around 80pc favour retaining the current model.

“It is heartening to see that our grower members deeply believe that CBH as a co-operative delivers value to their businesses and they trust that the co-operative will do the right thing for them.”

More than 2,600 growers, or 63 per cent of all members, completed the survey, the largest of its kind in CBH’s history.

The survey also indicated that only 14pc of respondents supported external parties investing in storage and handling.

Mr Newman said 70pc of growers wanted CBH to introduce a mechanism to protect the collective equity for future generations, and this mandate would be explored in detail.

On governance, growers indicated they were open to exploring change in some areas.

He said the CBH Board will explore structural enhancement of the company as well as governance issues for possible change before the 2017 harvest.

“The Board will explore potential changes to the top four governance elements, including encouraging greater diversity on the Board and Member Directors’ skills and experience.”

“Some changes may involve a member vote while others may simply involve a change to existing policies or practices.  We will continue to keep growers engaged the whole way throughout this process.

CBH is unique in the Australian grain environment, being a cooperative (grower-owned) structure. CBH has annual turnover in excess of $3billion and a current network investment strategy of $750 million over 5 years.

On behalf of its members, it operates a vertically-integrated business, in grain and services, for 30-40pc of Australia’s grain export trade.

CBH in 2016 was challenged by, and rejected, efforts from members and elsewhere to demutualise and publicly list the business.