COTTON processing and marketing giant, Namoi Cotton Limited, has reported a $10.99 million net loss after tax for the year ended 29 February, 2020, a drop of $10.43 million on the previous year ended 28 February 2019.

The result was impacted by the severe drought conditions prevailing in Eastern Australia; particularly in the core Australian cotton growing regions.

In a statement, Namoi said the business experienced a marginally higher decline in cotton volumes than for the whole of Australian cotton crop as a result of better water availability prevailing in areas outside of Namoi’s ginning footprint being the Murrumbidgee Irrigation area in NSW and the Darling Downs, St George and Central regions in Queensland.

Despite the challenging seasonal conditions in FY20, Namoi managed to achieve a positive EBITDA (excluding associates and joint ventures and impairment charges) of $4.3 million (FY19: $23.0 million).

This was achieved on the back of margin expansion with increased ginning prices and solid margins on cotton seed sales and the cotton seed trading operation.

This reflects the benefits achieved from an organisational restructure as well as improved working capital management.

In light of the continued adverse impact of the drought, the directors have not declared an FY20 final dividend.

In December 2019, Namoi announced that, in light of unprecedented prevailing drought conditions, it had commenced a long ranging modernisation plan designed to deliver efficiencies and operational flexibility which will deliver forecast annualised labour savings of $4.5 million and also increased focus and accountability in the delivery of services to growers and customers.

This reflects a 57pc decrease in volume traded which was again down essentially due to the drought conditions.

In recent years gross margins have been under pressure through competition to secure cotton and these adverse market forces resulted in the recognition of unrealised contract losses due to shipping delays, contract renegotiations and a decline in cotton futures.

In addition, NCA’s commodity packing business packed just 29,000 tonnes compared to 55,000t in the prior comparative period; again, largely as a result of the drought.

These factors combined to cause an NCA loss including impairments in FY20, with Namoi’s share being $8.59 million (FY19: $1.08 million loss).

Namoi’s investment carrying value in NCA equates to its share of the net tangible assets at balance date.

This refinancing is being considered as part of a potential broader restructure of the NCA joint venture.

This is consistent with Namoi’s stated objectives to better align our operations and future funding requirements with our risk appetite whilst seeking to capture maximum value for NCA and its operations.

In November 2019, Namoi announced that it had successfully settled its commercial dispute with Cargill Australia Limited (‘CAL’).

This dispute was in relation to the trading performance of the Cargill Oilseeds Australia partnership (‘COA’) in which Namoi had a 15pc interest.

As a result of this settlement Namoi has:

Chief executive officer, Michael Renehan, said in the second half of FY20, while continuing to improve the safety culture and performance, Namoi managed to: 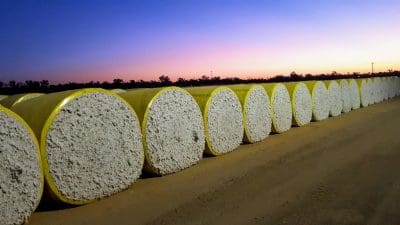 Namoi anticipates it will gin between 100,000 and 160,000 bales from the 2020 crop, noting that the unprecedented drought has had the greatest impact upon the NSW growing regions where the majority of Namoi’s ginning infrastructure is located.

NCA’s commodity packing volumes are expected to improve in the latter half of FY21 given recent rainfall.

Public water storages from Queensland to southern NSW are beginning to be restored after having fallen to essentially zero during 2019. While it is too early to declare the drought broken, considerable rainfall was recorded across the eastern states during March after a very wet February.

The promising change in rainfall patterns since the beginning of 2020 has already relieved some pressure on the farming sector.

Before considering COVID-19 and any impacts it may have from future developments current, but very preliminary, estimates are for a 2021 crop are in the region of between 2.1 million to 2.5 million bales.

The novel coronavirus (COVID-19) pandemic has resulted in significant health, societal and economic impacts across the globe.

In regard to employees and their families, Namoi remains committed to keeping them safe and to closely monitoring their physical and mental wellbeing during this trying time.

Staff are working from home or in shifts where possible.

Gins being utilised are open and ready for the upcoming season having completed their maintenance programs as normal.

New no-touch procedures, split teams, emergency backups and other such programs have been introduced in line with Government recommendations and regulations, and best practice.

Namoi’s core competency and most of its assets are directly connected with the ginning of cotton cropped in South Eastern Australia.

Any future impact of COVID-19 on the ultimate global demand for cotton products and the associated logistics and supply chains may have an impact on the area of cotton planted in 2020 to be ginned in 2021 (i.e. FY22) and beyond.

However, seasonal conditions and specifically the timing and availability of water in growing regions is likely to remain the key driver of crop size and quality and hence the subsequent ginning volumes, at least in the short term.