NAMOI Cotton Limited has recorded a consolidated net profit after tax from continuing operations of $6.8 million for the full year ended February 28, 2018 (2016/17: a net profit of $0.3 million). 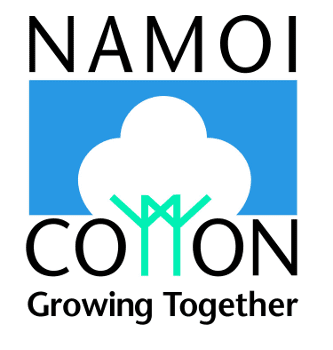 CEO Jeremy Callachor said: “Our financial performance in 2017/18 has been strong improving significantly by $6.5 million year on year largely underpinned by a 38% increase in the 2017 Australian crop size. Increased ginning, cotton seed and lint volumes drove the significant uplift in our earnings.”

The cotton seed trading business shipped and handled 266,000Mt (2016 crop: 172,000Mt) with profitability from the seed business a strong contributor to the overall results increasing by $8.0 million from the previous year.

Namoi Cotton estimates the 2018 Australian cotton crop will at this stage still produce approximately 4.6 million bales, representing a 23pc increase in volumes from the 2017 season.

It anticipates that it will gin between 1.1 million and 1.2 million bales from the 2018 crop, including 100pc of joint venture gins, representing an improvement of between 8% and 18% from the previous year.

It is expected that the company’s cotton seed trading volumes will increase proportionally in line with the increase in ginning volumes.

NCA’s containerized commodity packing volumes are forecast to be consistent with the current year, supported by Autumn/Winter rainfall and a return to improved yields in chickpea production.

Namoi Cotton’s annual operating plan for the 2018 season is targeting consistent financial performance with the 2017 season.

This plan is underpinned by increased ginning, cotton seed and lint marketing volumes and improved ginning and marketing margins.

Chairman Stuart Boydell said: “These financial results reflect a strong operational performance from the Namoi Cotton business over the past 12 months and the Board is pleased to announce that Namoi Cotton will pay a final dividend of 1.9 cents per ordinary share equivalent to 40pc of net profit after tax (based on the full conversion of Residual Capital Stock by the record date of 3 July 2018) consistent with the commitment we made during the Restructure.”