AUSTRALIA has a new communications network, one that will never carry a phone call but instead promises to be one of the biggest game-changers for Australian agriculture in recent memory.

A new joint venture between Discovery Ag and National Narrowband Network Co (NNNCo) was launched today at the Australian Farm Institute’s Harvesting the Benefits of Digital Agriculture conference in Melbourne.

The venture involves the formation of a new company, Connected Country, which will be responsible for rolling out a Rural Internet of Things (IoT) Network.

For agriculture, the Rural IoT Network will provide the backbone infrastructure for secure, standards- based shared networks of low-cost wireless sensors that constantly report on essential farm metrics like soil moisture, rainfall, crop health, water levels and livestock data, and will be immediately rolled out across 400,000 hectares in the NSW Central West.

Within 18 months the joint venture partners intend to provide IoT connectivity across vast areas of the nation’s farming regions.

The IoT has become an increasingly hot topic around the world in recent years.

Agriculture has been forecast as one of the key industries where IoT could make a significant contribution to Australia’s future growth and competitiveness, but until now the nation has lacked the means of taking full advantage of it. 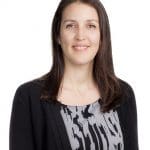 “As the network builds out though, it will by default cover many other sectors including businesses and urban areas, so anyone who wants to develop a sensor network but has been prohibited by the cost of data transfer will be able to join the Connected Country system and achieve their goals.

“This project is the first-of-its-kind in terms of the size of the area we’re aiming to cover and will attract significant global interest. No-one has been willing or able to deliver such a solution on this scale before and we see it as a major step in helping ensure regional communities are ‘connected’ and able to improve the way they do business.”

Connected Country has already started working with key partners including Cisco and the NSW Department of Primary Industries to fast-track the network roll-out.

“Cisco has been collaborating with the NSW Department of Primary Industries to solve the digital drought in rural Australia. We see the Rural IoT Network as essential to this development,” Cisco Australia and New Zealand’s vice-president, Ken Boal, said.

Until now, the widespread use of sensors and internet-compatible devices has been constrained by the cost of transmitting data over existing connectivity networks — and the fact that significant areas of agricultural land do not have adequate network coverage.

Connected Country’s Rural IoT Network can and will leverage the existing mobile networks where appropriate.

“The currency of the internet of things is about secure, reliable, open and cost-effective access to small packets of data from the physical world that can easily be actioned to improve our world,” NNNCo founder and CEO Rob Zagarella said. 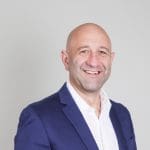 “Connected Country uses the Long Range Wide Area Network (LoRaWAN) system, which is like packet delivery by bicycle: it’s cheap and efficient, and it keeps IoT traffic off the more expensive data networks we humans need to communicate.”

LoRaWAN is a vehicle for Low Power Wide Area (LPWA) technology and has been proven through widespread use in agricultural settings in other parts of the world including the United States and Europe.

One of LoRaWAN’s key capabilities is that it enables users to not only receive information, but also communicate with sensors on an individual or group level.

So, in the case of a farmer, they can use the system to turn on and off multiple switches driving functions like irrigation, livestock feed stations, water pumps and emergency signals.

“Two of the biggest predictors of crop yield are soil moisture and rainfall, which can vary widely across different parts of a farm,” Ms Garden said.

“The decisions farmers make about when and where to irrigate, what to plant in which paddock, use of chemicals and fertilisers, and when to harvest can have a huge bearing on their annual production. If we can help them make better decisions across multiple aspects of farm management, the productivity gains will be significant.”

The impact of the new network on current pricing structures will also be important, representing a huge opportunity for farmers keen to employ new technologies to boost profitability and efficiencies, but who up until now have been deterred by price.

“The network will significantly drive down the cost of connection for data communication and the cost of sensors using this technology. This will make the difference between isolated usage and widespread deployment of the sensors which will in turn provide more granular information and higher value to the industry,” Mr Zagarella said.

Connected Country’s LoRaWAN network also uses open standard technologies, so that it can be joined by anyone at any time, but at the same time is designed to ensure tight data privacy.

“It’s very important to farmers that they can own and control their data,” Ms Garden said.

“With LoRaWAN and the Rural IoT Network, the data remains in Australia and is accessible only to the farmer. Being an open standard technology that enables the network to connect to others over time was also key because farmers want to be able to dictate who they play with.”