AGRICULTURAL chemical company, Nufarm Limited, today announced revenue growth of seven per cent and a statutory net profit after tax of $12 million for the six months to 31 January 2018. 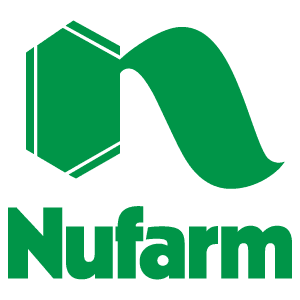 The company is forecasting earnings growth for the full year, with good sales momentum in most of its major markets and further benefits to be secured from its business improvement program.

Revenues were generally in line with the prior period in Australia/New Zealand, but were lower in Latin America.

First half earnings were impacted by production interruptions due to the planned upgrade of its Laverton manufacturing plant and challenging operating conditions in Brazil.

“We are nearing the end of the heavy lifting in terms of cost-out, business change and transformation investment and we are confident we will deliver the $116 million in performance improvement that we promised the market by the end of this financial year,” he said.

“Under our strategy, we’ve focused on core crops and geographies, giving us depth over breadth in our key markets. This strategy is working, with double digit revenue growth in a number of our regional market hubs around the world.

“Nufarm has continued to invest in the future of the company, driving efficiencies through new technology; upgrading and improving manufacturing plants; continuing the development of our ground-breaking Omega3 canola; and growing our portfolio through the new European acquisitions.”

Mr Hunt said the recently completed European product acquisitions were now being integrated into the business, with recruitment of new marketing and sales resources and sourcing arrangements for the new products being established.

“These product portfolios strengthen the company’s position in our core crops and key markets in Europe, and provide additional scale that will make Nufarm more relevant to our customers,” he said.

The company expects a positive second half performance in Australia, North America and Europe, driven by revenue growth and cost savings benefits.

The Latin America business will, however, be challenged by a continuation of difficult market conditions in Brazil and dry conditions in Argentina, with earnings expected to be in line with the prior period.

An optimistic outlook for the Australian canola season, combined with new seed product launches and higher seed treatment sales, should deliver solid earnings growth for the seed technologies segment over the full year.

The company is forecasting underlying EBIT growth of between 5pc and 10pc on the prior year.