WHAT can gene editing deliver for agriculture? Is regulation keeping up with this latest development in genetic technology? Will consumers accept it more readily than they have GMOs?

These were some of the issues canvassed by a panel of industry leaders at a Rural Press Club of Queensland breakfast held in conjunction with this weeks’ TropAg 2017 conference in Brisbane.

In a broad ranging discussion, DuPont Pioneer’s director of regulatory strategy and industry affairs, Kevin Diehl, Iowa, US; QAAFI director, Professor Robert Henry, Brisbane; and QFF president and Darling Downs farmer, Stuart Armitage, gave their views on the use of GMOs in agriculture and the potential for the emergent technologies, gene editing and CRISPR. 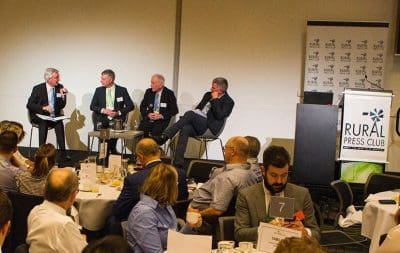 What impact has genetic modification had on Australian agriculture?

Stuart Armitage: We started growing cotton in 1994. The biggest problem then was chemicals. We were spraying every five days to try to protect the crop. It wasn’t sustainable.

When GM cotton came along it was embraced wholeheartedly by the cotton industry. Without GM technology I can safely say we wouldn’t have a cotton industry in Australia. 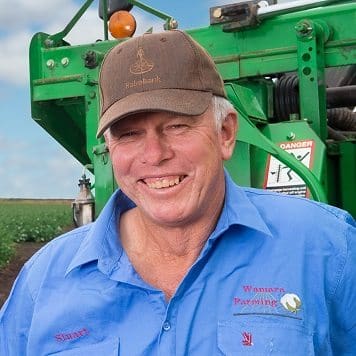 It has reduced insecticide use by more than 92 per cent on a five-year average. Currently there are 41 insecticides registered for cotton in Australia, but there is really only one that is used consistently and that is one you can buy in Bunnings.

The other big plus with GM is we now use 40pc less water to grow a tonne of lint than we were in the mid-1990s. That is a massive saving for a country like Australia where we are so short of water. It is a by-product of the GM technology, to do with the management of the plant.

Lifestyle-wise it is a lot better. In 1994 we’d be spraying and chipping cotton and it would be just impossible to get off the farm whereas now it is a crop that virtually manages itself.

There is less risk and we are not putting so much money out, except we are paying our licence provider. That is the downside of it. The cotton industry in Australia has the greatest monopolies of any ag industry in Australia. We only have one licence provider. We are currently paying two times what the US farmer pays for the licence, and four times what the Brazilian farmer pays.

What is gene editing?

Robert Henry: The old approach (with GMOs) was to take a gene from another organism and put it in. We were introducing something people would think of as foreign or from outside.

But we are not doing that with the new gene editing technology. Instead, we are going inside the cell and changing it from inside. That is a different process that can lead to different outcomes. It can lead to outcomes that could have been produced by more traditional and natural methods.

So, it creates a very different process from the point of view of regulation and outcome. We need to understand how we are going to work with this technology.

What has gene editing meant for agribusinesses like DuPont Pioneer?

Kevin Diehl: CRISPR has changed the paradigm about how quickly you can do things. There were some technologies before that you would invest years and millions of dollars trying to get to a break in the DNA. When you get that to happen you can start to do things.

With CRISPR it is one experiment, a few hundred dollars and you are able to be very precise. So, it starts to really change the types of products you can deliver and you can start to think creatively about what downstream customers are looking for, whereas in the traditional GM paradigm it took years to do that. CRISPR allows you to move the process forward and deliver new and unique products.

Where are we up to with the regulation of gene editing?

Kevin Diehl: The regulatory paradigm for gene-edited products is still in formation around the globe. 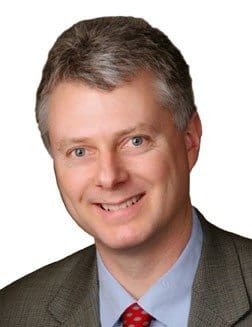 One of the challenges all regulators face is they are dealing with legislation, policies or definitions that were determined 25 to 30 years ago, long before this technology existed.

The encouraging thing around the globe is that, generally, what you hear from regulators is a desire to look at this technology in a different way and be science-based and assess the risk or not that the product is bringing, then regulate appropriately.

Whether you are a company like ourselves or an academic lab developing new products using these tools, having some understanding of what the regulation will be is really important for making the investment. To drive innovation it is very important to have regulatory certainty.

A critical piece of gaining the technology’s acceptance is having a global playing field that is accepting of the technology. The regulations don’t have to be the same across countries, but the more we can have acknowledgement and connectivity between countries the more it will facilitate trade.

Robert Henry: In Australia the regulations are in review. There is no change at the moment, but there is an active process deciding how to do it.

There has been a long advocacy in Australia to move to a more outcomes-based focus and look to regulating the safety of the product rather than the process.

We need a regulatory environment that is stable over time and can give us the confidence to know where we are going rather than have to keep up with updating because the technology is changing.

Stuart Armitage: In the Australian cotton industry the uptake of GM product is 99.9 per cent, virtually 100pc.

Through Cotton Australia we have worked through the Australian Pesticides and Veterinary Medicines Authority (APVMA) and the Office of the Gene Technology Regulator (OGTR) to develop a Resistance Management Plan (RMP). Our biggest fear was losing the technology because if we lost the technology we would lose the industry.

After 20 years we have been on Bollgard II cotton and moved to Bollgard III last year. Bollgard III has three resistance genes, but we have not lost the two genes (of Bollgard II) to immunity.

So, when you look back, what we have done has been the right thing as far as managing the GM product.

When you look at other parts of the world where Bollgard II is now in the US, China, Brazil and India, it is already developing bad resistance traits to the extent where those countries have virtually lost Bollgard II.

So, you have to regulate to keep the integrity of the GM product.

Will there be the same controversy with gene editing that surrounded GMOs?

Kevin Diehl: I believe it can be a different game.

With the introduction of GM technology, the focus was on the benefits farmers received. We didn’t think about the consumer. There was a general belief the technology would be accepted. But it ultimately became the lightning rod for the anti-technology movement.

With gene-editing we need to talk more about the consumer groups and engaging with groups that are not like-minded. It is important to have a civil discussion and talk about what this technology can mean for consumers, productivity and sustainability in agriculture.

As scientists, we tend to drive with facts. That doesn’t always work. It’s about listening to what people have to say and not just think about the next fact.

One of the challenges for science is that a study in Oklahoma State found 82 per cent of the population said they “didn’t want DNA” in their food. There’s DNA everywhere.

Robert Henry: I think we are at a tipping point. The issue could go either way. 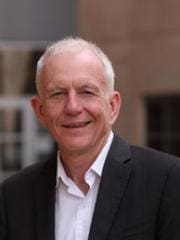 What we have to do is get the right communication out there to convert some of the undecided people.

I think many scientists feel inhibited about going out and talking widely about this because they are afraid of a negative reaction. They think it may be better to keep quiet. I think that is the wrong approach. We have to engage with the broader community about what the underlying science principles are.

We need to get a more informed position. We can’t rely on ignorance to get things through.

We still have a job to do in explaining it to the broader community and bringing them along with us. As scientists I think we are getting better at communicating the science with the broader community. We are getting better at working with the regulatory system to make sure we have the regulatory system we need to get public confidence in what we are doing.

Stuart Armitage: When you consider 100 per cent of Australian cotton is GM, Cotton Australia has recently joined the Better Cotton Initiative (BCI), a worldwide group that looks for cotton that is sustainably produced and without slave or child labour, etc.

By using a GM product we are producing a sustainable product. This is where the world is heading.

What is the future for gene editing in Australian agriculture?

Stuart Armitage: It would be fantastic to be involved in agriculture if you are in your 20s or 30s because I think the future is just fabulous. We don’t know what we will be doing, but it will be a fabulous ride because people are looking for different things to eat and wear.

Robert Henry: I think we are just at the beginning of all of this. We hope this technology will be a major contributor to the sustainable intensification of agriculture that is essential to our future.

The technologies we see today are far less than the ones we will see in coming decades. I can only see things accelerating.

Kevin Diehl: The speed with which new ideas are coming forward is amazing. The creativity is vast and it will come from everywhere.

This is an edited version of the panel discussion.