UNSUSTAINABLE losses at Ridley Corporation Limited’s Murray Bridge feedmill have prompted the company to announce it will close the facility next month. 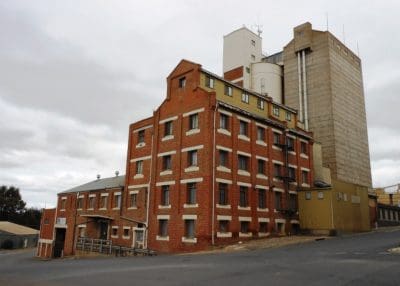 Following a review of operations in South Australia and a prior-year restructure of the Murray Bridge feedmill down to one shift per day, Ridley has decided to consolidate its South Australian production volumes into its feedmill at Wasleys, north of Adelaide.

“While it is disappointing to have to close this feedmill, the annualised cash drain on the Ridley group is in the vicinity of $1.5 million,” Ridley chief executive officer and managing director Quinton Hildebrand said.

“Customers currently serviced from the Murray Bridge site are being advised of the plans to transition their feed production to Ridley’s Wasleys feedmill.”

As part of the closure, Ridley employees have this week been informed of the decision and, wherever possible, offered alternative employment within Ridley at other sites.

Based on the prospect for the medium-term divestment of the site, and estimated redundancy and remediation costs, the closure is expected to bring about a net restructuring cost of about $6.1 million.

The closure appears to be a casualty of Ridley’s loss of its feed-supply arrangement with Ingham’s, which opened its own mill at Murray Bridge in February.

Ridley Operations has this week announced earnings before interest and tax (EBIT) for the 12 months to 30 June of $40.5 million, up from the FY18 figure of $31.1m.

In the company’s FY19 annual report, Ridley interim CEO David Lord said the company started the period knowing that its Ingham’s poultry-feed supply agreement was to expire in October 2018, and also that poultry raw-material supply to Ridley’s Maroota rendering plant would not resume from the insolvent Red Lea.

“This, together with the increase in energy pricing, meant that we needed at least $5m of growth throughout the business just to maintain earnings at the prior-year level.

Mr Lord said reduced volume to the poultry and pig sectors, as well as the Red Lea impact, adversely impacted Ridley’s FY19 result, as did the loss on the first year of Novacq aquafeed operations at Yamba.

“A combination of these favourable feeding conditions, a strategy to support and retain customers in the main milk producing regions, good commodity management, and strong cost control within the feedmills has generated a strong full year result for this sector.

Poultry and pig volumes dropped due to the expiry of the Ingham’s supply agreement, and record feed-conversion ratios being achieved by customers on Ridley feed and diets, and an industry-wide shortening of the bird lifecycle, which impacted finisher-feed sales volumes.

“Notwithstanding these conditions, all ongoing major poultry broiler customers enjoyed growth in bird numbers, while poultry-layer sales volumes fell slightly in line with an industry reduction in bird placements.”

Mr Lord said the year-on-year impact of the expiry of the Ingham’s supply agreement was 169,000 tonnes, but mill efficiencies and effective commodity management supported margins during the year.

Pig volumes were down 25,000t from FY18, which reflected a combination of high raw-material prices and low sow numbers.

“The contraction in sow numbers is an outworking of the industry readjustment to the fall in meat prices driven by the over-supply conditions that prevailed in the prior year.”