AGFARM has closed the broking arm of its business, but will continue to operate with an eye to expansion in the other areas of its business including grower finance and grain pooling. 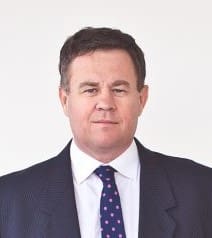 “It wasn’t a drought-related decision, and it came about because of changes in the market around disruptive technology,” he said.

“We felt the direction in the market was more viable for us away from broking.”

Mr McCalman said Agfarm’s role as a provider of grower-input finance, as well as an operator of pools, could be better serviced with the company out of broking.

“We still have a very strong regional presence, and a focus on finance.

“Our finance products generate grain flows, and from an integrity perspective, being out of broking allows us to pursue our strategic plan by increasing our ability to take a position on traded grain without generating a perceived conflict of interest.”

The company provides finance to approved customers to purchase cropping inputs, and growers can repay money owed with grain produced, which in turn generates parcels of grain for cash sale or pooling through Agfarm.

A shift out of broking will enable the business to be an independent counter-party in trades.

Agfarm had a team of eight brokers; three have taken redundancies, while the other five have been redeployed within Agfarm.

Head office is in Sydney, and Agfarm has a regional presence in NSW, Victoria, South Australia and Western Australia.

Agfarm was founded by Bob McKay in Warren, New South Wales, in 1992, and is owned jointly by Ruralco and CHS Inc, a US farmer-owned cooperative which bought into Agfarm in 2013.