Riverina and Agrex to merge

RIVERINA (Australia) and Agrex Australia announced today they are to be merged into one company. 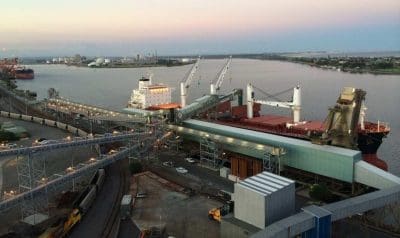 The newly-merged company will operate as Riverina (Australia) Pty Ltd from its headquarters in Brisbane, Queensland.

Agrex Australia has offices in Melbourne and Perth and also owns shares in the strategically placed Newcastle Agri Terminal (NAT).

While the Melbourne office will close, the Perth office will remain operative but change to the Riverina name.

“This development is a logical step for both companies as there are many synergies between the two which by combining will help keep costs in the supply chain to a minimum,” Mr Hunter said.

“This merger further underpins Riverina’s commitment to providing grain growers with more marketing alternatives beyond the farm gate along with our prompt, reliable execution and payment.”

Riverina (Australia) has 90 years of operation in Australia beginning in Narrandera, southern NSW, in 1927.

During that time, Riverina has been an exporter of bulk grain shipments and expanded its animal feed division in Queensland and NSW to five dry grain based feed mills and two liquid (molasses) feed mills.

Now, as the two companies merge, Riverina will again participate in the bulk grain export market with the added advantage of part-ownership in an export terminal port.

“Riverina already operates a substantial domestic supply chain in Eastern Australia from farm gate to end users including five of our own feed mills, so with the addition of Agrex’s operations in bulk grain export via NAT, growers will have the ability to sell a range of grades and commodities via our Commodity Trading Team,” Mr Hunter said.

“We are pretty excited by the prospects and welcome the Agrex expertise and assets to the expanded business. It will be nice to be operating in Western Australia again and with Agrex’s unique international market knowledge and customer base coming into the business it will be a fabulous complement to our existing domestic operations.”

The merger transaction is expected to go through in late October.