AGRIBUSINESS leader Ruralco has attributed its three per cent growth and after tax of $16.6 million for the half year ended 31 March 2019 to its diversification strategy.

In an ASX announcement yesterday, the company said income from its live export, financial services and real estate activities combined with cost control have delivered resiliency in a challenging season.

Ruralco’s chief executive officer and managing director Travis Dillon the company’s strategy, including a focus on diversifying our channels to market, geographical footprint and activities, has delivered another resilient earnings result. 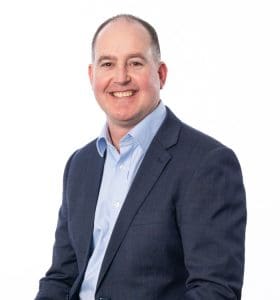 “For the business to deliver such strong results in the face of mixed seasonal conditions and commodity headwinds is a testament to the success of our strategy and supports the value attributed to the business by the Nutrien offer received in February,’ Mr Dillon said.

“The Nutrien transaction process still has some way to go and we are acutely aware that such processes can distract businesses, but I am confident the stability exhibited by our people and our businesses will continue to underpin the Group’s performance.”

The company said it remains cautious about short-term seasonal conditions. While a drier than average autumn is forecast for parts of eastern and Western Australia, dry sowing winter cropping programs have begun and recent rainfall in certain areas has been helpful.

“For the second half, management remains focussed on executing our successful strategy, as evidenced by the resilient first half earnings performance, and doing everything necessary to progress the Nutrien transaction”, Mr Dillon said.

Directors declared an interim fully franked dividend of 10 cents per share with a record date of 31 May 2019, payable to shareholders on 18 June 2019. This represents a dividend payout ratio of 63pc of underlying first half earnings. The Dividend Reinvestment Plan will not operate with respect to this dividend.

The company said a resilient agricultural supplies result, growth in real estate and disciplined cost control helped offset declines in cattle prices and wool volumes to hold uEBITDA for this division steady at $47million for the half year.

The company’s ag supplies gross profit increased 2pc with increased fertiliser sales in Queensland and Tasmania and strong demand for stock feed and animal nutrition products on the back of increased volume of livestock on feed and dry conditions in Queensland and the southern states. However, inconsistent rainfall in key cropping zones, lower water allocations and reduced cotton and rice plantings lead to a decline in crop protection sales.

Volume growth of 7pc in cattle sold through the network and an increase in higher value rural property sales continued to support agency earnings through the half, limiting the decline in agency gross profit to only 1pc from the anticipated softening of domestic cattle prices and reduction in wool clip.

Ruralco said the benefits of an expanded, more geographically diverse footprint have balanced out the impact of prolonged dry conditions on farmer confidence and water projects activity with Water Services uEBITDA relatively flat at $9.6million.

Buoyant temporary and permanent water entitlement markets have driven strong growth in water broking results in the half, but sustained reduced access to water and inconsistent rainfall have impacted farmer confidence in investing in on-farm water infrastructure projects. This had led to a slowdown in water projects activity in key areas along the Murray Darling basin and northern NSW until seasonal conditions improve.

The division’s results have also benefited from the impact of acquisitions undertaken in 2018 and from recovery in water retail activity, particularly in Western Australia although the non-agriculture focused landscaping and civil projects business in that market continues to experience restrictive market conditions, stifling earnings growth, Ruralco said.

Ruralco said its financial services division continued its profitable growth trajectory with uEBITDA of $0.5million for the half, compared to break-even in the previous corresponding period. The business reported 11pc growth in its seasonal finance loan book, 19pc growth in the flexi-finance loan book and 4pc Ausure insurance GWP growth.

The company said its live export division (Frontier) returned to profitability (uEBITDA of $0.1million) with strong growth in volumes to Indonesia and a return to trading margin profitability, despite continued elevated feed costs and competition in the South East Asian cattle market.

On 27 February 2019, Ruralco entered into a scheme implementation deed with Nutrien Ltd (Nutrien) under which it is proposed Nutrien or one of its wholly owned subsidiaries will acquire 100pc of the issued share capital of Ruralco for $4.40 per share.

The transaction has been recommended by the Ruralco board with the $4.40 valuation representing a 44pc premium to the closing price of Ruralco shares on 25 February 2019 and a 44pc and 45pc premium to the 1-month and 3-month volume weighted average price, respectively.

Ruralco expects to lodge the draft scheme booklet, which includes half year 2019 financial information, with ASIC shortly for its review. The scheme booklet is expected to be distributed to shareholders in early June 2019.

Ruralco said the exact timetable for completion of the scheme is uncertain and will depend on the receipt of regulatory approvals from the ACCC and FIRB. The provisional date for announcement of the ACCC’s findings is 13 June 20192

The company’s shareholders will have the opportunity to vote on the scheme at a shareholder meeting, which will be held following receipt of regulatory approvals. At this stage, Ruralco anticipates completion of the scheme will occur in the second half of Ruralco’s financial year.

Ruralco will also continue to update its shareholders as the scheme process continues on the Ruralco corporate website, see www.ruralco.com.au/investors.