Safety nets or self regulation: What should happen in the event of grain insolvencies? 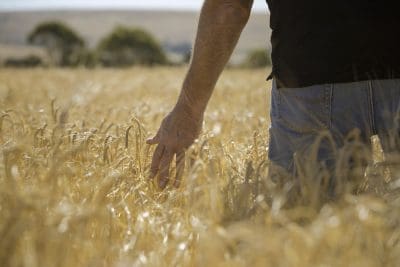 When a grain trading firm collapses­­­, leaving growers and other creditors owed large sums of money, what can be done?

It’s a reality of business according to some and has to be managed, while others suggest grain transactions should be the subject of some kind of safety net.

The collapse of Riverina-region business, Barooga Agriproducts, last month has bought the impact of insolvencies on affected growers and creditors back into focus, along with the question of what can be done to mitigate against such impacts.

“I don’t believe a licensing or regulatory approach would solve the issue,” Mr Delahunty said.

The issue has generated significant attention in recent years.

In the wake of a string of ­­­grain-trading firm collapses a few years ago, estimated to have cost the Victorian grain industry alone about $50 million, the Victorian Farmers Federation (VFF) called for Government intervention to ensure greater protection for growers.

It released a draft discussion paper recommending the Government support the implementation of a grain trader licensing regime and guarantee fund, similar to those used in parts of the United States and Canada.

Grain traders dealt in millions of dollars of growers’ money but “only needed a laptop and mobile phone to operate”, a VFF discussion paper on the issue noted.

It went on to say: “Such market failures demonstrate a very real need to increase the level of professionalism and accountability in the grain trade, which can only be achieved through the assistance of government to implement a form of industry self-funded self-regulation such as a licensing scheme.”

The VFF’s view was that enforceable standards and accountability were needed in the cash grain trade, bearing in mind that the non-cash trade (such as forwards, swaps and other management tools used by farmers) required compliance with Australian Financial Services (AFS) license conditions.

It recommended the Government facilitate a form of industry self-funded self regulation such as a licensing scheme and guarantee fund.

In about 30 United States’ legislatures and several Canadian provinces, grain insurance funds were in place to guarantee producers would be compensated for grain sold to, or stored with, state-licensed grain dealers or warehousemen, if that licensee became insolvent.

However, others saw government intervention as less preferred and argued for market-based solutions instead.

Grain Trade Australia (GTA), which has a mandate to facilitate trade and oversee grain-trading rules and contractual conditions in the Australian grain industry, said that while insolvencies were a serious and regrettable occurrence, they did not equate to “market failure” and were a fundamental part of any market.

In its response to the VFF, GTA said government intervention could only be justified where market failure was evident.

“As a statement of principle, we would oppose any proposals which might have the effect of penalising prudent operators,” it said.

GTA said it had taken several initiatives aimed at reducing the number, and impact of, insolvencies in recent years, such as education and awareness programs, legal or statutory intervention and changes to GTA governance procedures.

“Whilst it is not possible to detail the exact effect that any of these actions has had, we believe it is likely that these actions have reduced the number and impact of insolvencies within the Australian grain sector,” it said (see GTA’s detailed response to VFF here).

It preferred a self-regulation model given that it was unlikely any regulatory system could be guaranteed to prevent insolvencies, and would increase costs for both producers and the trade.

The VFF was preparing a statement to update its position on this issue at the time of Grain Central’s daily news email was sent today, we will the VFF’s response in tomorrow’s news update.