SUNRICE has announced further changes to its Riverina manufacturing operations, as a consequence of the C19 rice crop, which at 54,000 tonnes was the second-lowest on record. The changes are part of a broader program announced in November 2018, which followed a comprehensive review of SunRice’s operational footprint as a consequence of the small C19 crop harvested earlier in 2019.

The changes, which will take effect from 15 November 2019, impact the Deniliquin and Leeton mills, and also Australian Grain Storage sites across the Riverina.

The reconfiguration is expected to result in the reduction of approximately 32 full-time equivalent (FTE) positions across milling, packing, maintenance, paddy and warehousing operations.

This takes the total number of employees affected by the reconfiguration to approximately 130 FTEs since the first announcement in November 2018.

Despite the continuation of drought, low general security water allocations and high temporary water pricing – which contributed to a low C19 crop – SunRice has taken two key decisions which it now expects will maintain some form of milling at its Deniliquin and Leeton mills through 2020.

The first, announced in August 2019, was to offer record fixed paddy price contracts for C20 of $750 per tonne for Medium Grain Reiziq, $950/t for Koshihikari and up to $1500/t for organic paddy.

The second is to carry over rice from the C19 crop harvested earlier this year. 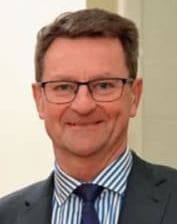 “While today’s changes relate to the milling of the low C19 crop, harvested earlier in 2019, we remain concerned about the ongoing impact of the low water availability and high prices ahead of planting of the C20 crop later this year.

“Despite that, SunRice has been pleased with the response from rice growers to our record contracts offered in August 2019. These fixed price contracts were designed to replenish paddy and seed stocks, underpin SunRice’s Riverina milling program and assist SunRice in meeting premium demand in markets.

“Given the interest we have received, SunRice expects to receive a volume of rice which will allow some form of milling to continue at its operations in Deniliquin and Leeton through 2020.”

Mr Gordon said there would be greater clarity on the expected C20 crop after the conclusion of planting later in 2019.

“We understand that these changes have been, and continue to be very unsettling for our employees, and we continue to remain committed to being open and transparent,” he said.

“When water is available at affordable prices, the rice industry is the powerhouse of the Riverina – directly contributing more than $400 million per annum in years of historically normal production.

“In those years, SunRice employs more than 500 people directly across the Riverina, and pays more than $90 million per annum in wages and salaries. We also pay more than $250 million to growers via paddy payments, and more than $60 million to over 400 Riverina companies, from transport and logistics, to accommodation and catering.”