SUNRICE, the trading name of Ricegrowers Limited, has reported consolidated revenue for the Group of $1.1 billion for the year ended 30 April 2017 (FY17), a 12 per cent decrease on the previous year (FY16).

The company also reported a Net Profit After Tax (NPAT) of $34.2 million, a 34pc decrease on the previous year.

Financial results were driven by a combination of several external factors that included:

SunRice CEO, Rob Gordon, said after five years of improving financial performance and market expansion, this year saw a range of external factors combine to impact on the business. 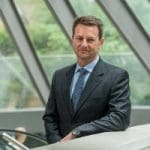 However, rather than focus on defensive tactics to counter adverse market conditions, he said the company accelerated the business strategy and initiatives to strengthen SunRice for the future.

“As a business, we had to supply enough SunRice products globally to satisfy total demand, which equated to over four times the size of the much-reduced 2016 Riverina rice crop, and we intensified our international sourcing efforts,” he said.

“Exacerbating the impact of these weak prices were negative macroeconomic trends, especially in SunRice’s major markets across the Pacific and the Middle East.

“However, during this market downturn, our strategy effectively insulated our financial performance through the ability of our brands to support robust pricing in key markets.

“Notwithstanding challenging market conditions, the business delivered profit within guidance, an eight per cent fully franked dividend yield to shareholders, and a guaranteed paddy price of $415 per tonne, while at the same time almost halving our gearing to 17pc.

“This year we proved that our strategy has created commercial resilience that will ensure a secure future for our growers, our shareholders and the Australian rice industry.”

In line with the smaller crop, Rice Pool revenue was down by 41pc and the business experienced a loss of $32.5 million.

SunRice’s results will be presented at the Ricegrowers Limited Annual General Meeting, to be held at 10.30am on Friday 25 August 2017 at Jerilderie Civic Hall, Jerilderie, NSW.