THE National Farmers Federation (NFF) says Australia’s tax system is in desperate need of reform and is calling for sensible, forward-thinking changes to allow farm businesses to operate to their potential.

The call comes on the back of a new report looking at the impact taxation policy has on Australian agriculture.

The report titled ‘Tax in Agriculture’ is designed to prompt a discussion between the agricultural sector, policy developers and politicians on tax policy and appropriate reform.

NFF acting chief executive officer Sarah McKinnon said farmers were subject to a ‘clunky’ and ‘complex’ tax system that was stifling their ability to grow.

“Australia needs a tax system that is simple and helps businesses compete in a global marketplace. Every cent counts.”

Ms McKinnon said it was vital that tax policy be tailored to help farmers achieve their businesses’ potential.

“For example we support the Government’s plan to cut the company tax rate to 25 per cent over 10 years and we urge them to go further.

“The ‘Tax in Agriculture’ report suggests a single company tax rate of 22pc. The NFF believes the Government needs to be more ambitious and pursue a figure even lower.”

“We need a single ATO definition of small business and a turnover threshold of higher than $2 million.

“The NFF recommends the Government consider the $5 million threshold suggested in The Henry Review.”

A scoping study and a taxation workshop held earlier this year shaped the authors’ paths of investigation.

“Importantly it also looks at where barriers to productivity exist and what role policy development could play in breaking down these obstacles.”

Ms McKinnon said the Government had made some recent positive in-roads into tax reform to assist agriculture.

For example, the NFF supports the Government’s budget announcement to allow farmers to offset FMDs against farm debt interest charges.

“However, FMDs are only available for individuals yet various forms of farm debt can be held by partnerships, companies or trusts. This is deterring banks from offering FMD offset facilities. If FMDs were available at the entity level, this valuable reform may actually be useful in practice.”

The NFF is also advocating for the Government to retain the farm-specific accelerated depreciation measures relating to water improvements, fencing and fodder storage assets and the small business $20,000 instant asset write-off.

“If these measures aren’t retained or replaced with a suitable alternative scheme, farm business confidence will be damaged,” Ms McKinnon said.

“The current arrangements are outdated – we believe there are better ways of addressing regional disadvantage for example though investment in regional infrastructure and access at affordable prices,” Ms McKinnon said.

“The NFF is open to discuss other options.”

“We also believe farmers should be able to opt back into the primary production income averaging option after 10 years.”

“The key message is for tax regulation to be most effective it must be developed with the industry it is endeavouring to assist, in mind.”

Commenting on the ‘Tax in Agriculture’ report, GrainGrowers general manager of policy and innovation, David McKeon, said the amount and nature of the regulation and red tape imposed on farmers played a key role in their ability to operate efficiently. 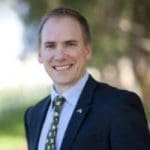 “Taxation can have a critical impact on a business’ international competitiveness depending on the rates applied versus its competitors and the comparative investment costs,” he said. 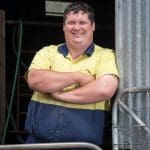 Western Australian grain grower, Kallum Blake, Katanning, said there were many factors impacting the season-end results of farmers that were not able to be controlled such as the weather and

“One part of our operating environment that can be controlled by individual businesses is the regulation imposed,” he said.

“I call on Government to implement tax policies that enhance, not unnecessarily burden, the operating environment of Australian farmers.”

The ‘Taxation in Agriculture’ research report was developed following an initial scoping study and a taxation workshop involving key stakeholders earlier this year.

The Report can be downloaded at https://rirdc.infoservices.com.au/items/16-019