A SOUTH Australian (SA) exemption on stamp duty payable on multi-peril crop insurance (MPCI) premiums looks set to continue past the state election to be held on 17 March thanks to tri-partisan support from the governing Australian Labor Party (ALP), the Liberal Party in Opposition, and the new hopeful, SA-BEST. 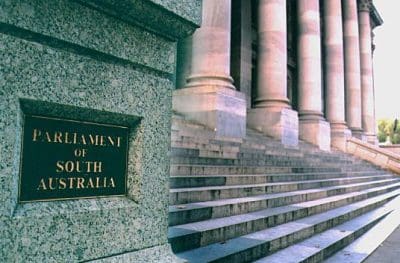 The exemption came into effect on 1 January, 2018, under the SA Government’s Mid-Year Budget Review (MYBR), and will forsake $138,000 of operating revenue in the current financial year, and an estimated $275,000 in each of the following three financial years.

The MYBR says MPCI provides cover for a broad range of events including fire, frost, hail and drought, and estimates the four-year exemption will be of benefit to around 100 insurance policies each year.

The measure has the support of the SA Liberal Party, led by Steven Marshall.

“This type of insurance covers the production costs incurred by farmers if their crop fails due to a nominated peril, providing financial security and helping farms and regional communities remain financially viable,” Mr Marshall said.

According to Mr Marshall, SA farmers have the highest stamp duty rate on insurance premiums in the nation at 11 per cent, compared with 10pc in Victoria and Western Australia, 9pc in Queensland and 2.5pc in NSW.

Mr Marshall said this has placed a “significant burden” on farmers wanting to insure their crops.

“This is a significant cost to our farmers who may already be struggling financially, given the recent drought period and significant weather events experienced around South Australia.”

Nick Xenophon’s SA-BEST party, which is for the first time fielding candidates in most of SA’s state electorates, also supports the waiver.

The party’s candidate for the Yorke Peninsula electorate of Narunnga, Sam Davies, said the party supported an incentive scheme to encourage uptake of MPCI policies which went one step further.

Mr Davies said the scheme was based on the NSW proposed model, which would provide a 50pc capped rebate on MPCI premiums to all approved farmers for the first two years, followed by a 25pc capped rebate for the following three years.

He said the forecast $4m-per-annum cost for five years would be more than offset by reductions in ad-hoc assistance, improvements to agricultural competitiveness, and the building of resilience through preparedness for natural disasters.

“With the broad move away from traditional government-funded drought and exceptional circumstances supports, transition mechanisms must be put in place to minimise and manage the growing costs and risks facing farmers,” Mr Davies said.

In 2016, the NSW Independent Pricing and Regulatory Tribunal found a temporary stimulus for MPCI premiums would promote uptake of the policies, which in turn will provide greater certainty and access to capital by farmers, and improved confidence in decision making and productivity.

“This scheme recognises farm income insurance is not just about agriculture, with the benefits of a strong and viable farming sector flowing right through the broader economy and rural communities.”

SA-BEST has said it would work with federal colleagues to provide 150pc tax deductions on farm income insurance premiums, a recommendation called for by peak agricultural bodies from across Australia.

“SA-BEST supports the Liberal and Labor position to remove stamp duty on multi-peril crop insurance, but the reality is we must go much further if we are serious about helping farmers improve their resilience and viability.”