Who should control ag data?

SHOULD agricultural data be controlled by commercial interests, or should it flow to wherever it enables the greatest opportunities?

The University of New England’s (UNE) Paul Martin thinks the agricultural industry needs to carefully consider these alternatives, because its response will determine the legal frameworks built around technology – and those frameworks will decide how technology’s benefits are shared. 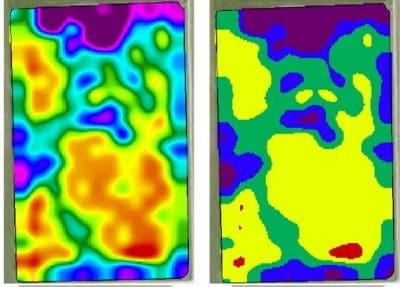 “People tend to focus on ways of controlling a slice of a hoped-for ag-tech pie by locking down their interests using the law,” said Professor Martin, who leads the Australian Centre for Agriculture and Law in the UNE Law School at Armidale, NSW.

“The industry as a whole needs to consider the implications of this approach. Will more money be made by allowing people to control data and technology, or by building opportunities using technology?

“It’s important to decide, because the legal strategies for each approach are likely to be significantly different.” 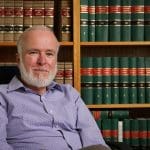 He posed an alternative view: “My guess is that the most value-creating uses of technology will be to lower the friction involved in transactions.”

“Agriculture tends to have long supply chains, and every transaction along the chain involves a cost. Every cost reduces the potential for profit.

“This suggests that using data and technology well has the potential to reduce the number of transactions, reduce the complexities of the transactions that are needed, and enhance the two-way flow of intelligence along the supply chain. Collaboration, rather than control, might be the key to value.”

Ensuring that the value flows back through the supply chain would require a new generation of innovative contracts, he added, “and other legal strategies that maximise win-win rather than win-lose positions”.

The starting point, he said, was to undertake a thorough scoping of the information flows in agricultural sectors to find opportunities for value-creating partnerships.

Such an exercise might also throw some light on the risks of technology. One such risk was that as industry players started pooling huge volumes of data, farmers might be open to new vulnerabilities.

“Big data might supply evidence that can be used to criticise agriculture, perhaps on animal welfare or environmental grounds,” Professor Martin said.

“Potentially an even more significant possible risk — or opportunity, depending on your viewpoint and how things are managed — is the transfer of power that can occur when one entity gains control of a vital technology.”

This is already occurring. In 2016, three quarters of all new online media advertising was spent with Google or Facebook. Two businesses took billions of dollars of revenue once shared by thousands of media companies.

New advertisers with the tech giants were partly motivated by the advertising exposure they could get, but also by access to the enormous volumes of data the organisations collect on their users – in Facebook’s case, 1.6 billion of them.

Professor Martin said agriculture was no less vulnerable to a massive power shift towards a handful of players. If the industry valued diversity, it needed to prioritise keeping it.

“The agricultural sector needs to find laws and policy approaches to grow the technology value pie, before we focus on arguing over who will have what slice,” he said.

One of the risks agriculture faces in fully capitalising on new technologies is what Professor Martin calls the “dangerous mindset”: the widespread belief that when farmers collect data, they own something of value.

“Data’s value only emerges when it is pooled and analysed in ways that improve decisions,” he said.

“The raw bits and bytes are of themselves little use unless they are put into practical relationships with other bits and bytes.” 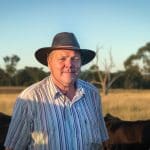 Professor Mark Perry, also of UNE’s Law School and AgLaw Centre, and a specialist in the interaction of technology and law, said people also tended to misunderstand the legal status of data.

“One legal facet is that raw data, like facts, are not capable of ‘ownership’ as there is not a legal construct to support such a concept,” he said.

“After all, would you want someone to own the time of day?

“But clearly, much data is valuable, and we need to formulate frameworks that bring out the best outcomes for all stakeholders.”

The AgLaw professors agree that the times demand a rethinking of contractual arrangements between those who collect data, like farmers, and those who extract its signals.

“We need to ensure that data itself flows freely, but that the rewards for its use are properly realised by the industry, with minimal potential for leakage,” Professor Martin said.

He added that flexibility would be essential to any industry technology strategy.

“One of the lessons of the 21st Century is that technology evolves faster than we can imagine. Many traditional approaches to legal issues create rigidities and emphasise short-term interest, so that governance arrangements quickly become out of date.

“That may ultimately prove to be a pathway to less competitiveness, not more.”