The survey reveals that – while the overall net rural confidence measure had eased slightly from last quarter – almost 90 per cent of Australian farmers are expecting the generally excellent business conditions currently being experienced in the agricultural sector to either continue or improve over the year ahead.

Rabobank Australia chief executive officer Peter Knoblanche said the latest survey results were a reflection of just how positive the current operating environment was for Australian agriculture, with an “ideal combination of positive seasonal, financial and commodity market factors”. 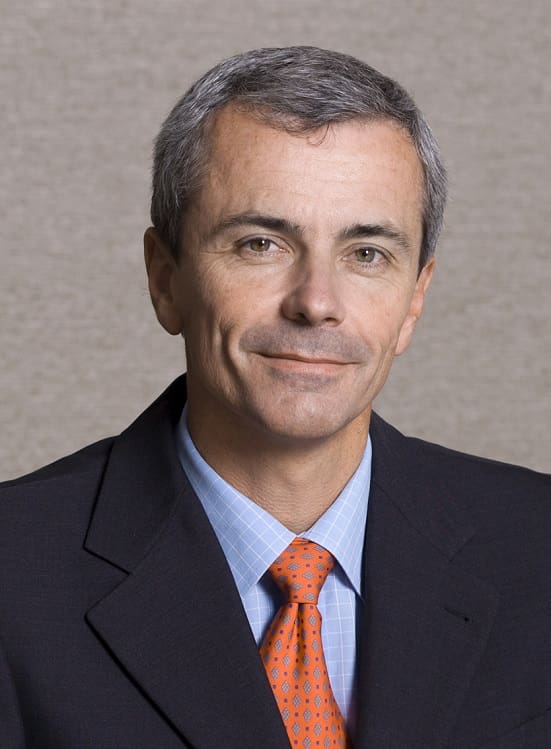 “There is certainly a view out there among many farmers that business conditions right now are excellent. Many would say it’s as good as it gets, and they can’t see how it could get any better,” he said.

“Strong prices for grain and terrific growing conditions in most regions have driven another near-record winter crop planting program across the country, with early estimates for a second-straight year of bumper tonnages of wheat, barley and canola when harvested at the end of the year.

“Meanwhile commodity prices in the beef and lamb sectors are also supporting producer confidence, with low supply and high demand for protein pushing prices to levels not seen before. And dairy confidence is also strong on the back of favourable milk price contracts and improved water allocations.”

In another indication of the sector’s current financial strength and stability, the Rural Confidence Survey’s Farm Viability Index – measuring farmers’ assessments of their own business viability – had continued to edge higher in the latest quarter to sit at a new record 20-year high.

Completed last month, the latest survey found 35pc of farmers nationally were expecting conditions in the agricultural economy to improve over the year ahead.

While this was down marginally on the 39pc with that view in the March quarter, Mr Knoblanche said this was “likely a reflection of the view among some that business conditions in agriculture are about as good as they get”.

And, a further 54pc of respondents were expecting the current positive conditions to continue for the coming 12 months, while just 8pc expected a deterioration.

Mr Knoblanche said that while the current mouse plague was causing anxiety for farmers in affected areas, primarily in central western and northern New South Wales, it had not registered as a major concern in the survey, cited by 5pc of those expecting conditions to worsen as the reason for their pessimism.

Confidence across the board

Rural sentiment was found to be strong in all states and across all sectors.

The survey found that across all sectors, commodity prices were the primary driver of confidence this quarter – cited by 69pc of those farmers expecting conditions to improve. Seasonal conditions buoyed sentiment among 51pc of farmers who had a positive outlook on the year ahead.

Mr Knoblanche said 2021 was shaping up to be an instrumental year in the long-term prosperity of the Australian farming sector.

“For most farmers, we are seeing a second year of very good seasonal conditions, high to very high commodity prices, low interest rates and favourable infrastructure investment incentives from government.

“The benefit of another year like this for Australian farming shouldn’t be under-estimated. This will allow many farmers to really consolidate their position after years of drought – to further reinvest in their businesses to make them more efficient and resilient, and to expand and grow their businesses for the future.

“This is a sector which has made an excellent recovery after the drought and is helping power the nation through the challenges of the COVID-19 pandemic.

“Many of our country towns are booming, there is tremendous regional growth and employment and the strength and stability in the agricultural sector is playing a significant part in that.”

Mr Knoblanche said even in those areas where seasonal conditions had not been optimal heading into winter, such as the cropping regions of South Australia and north west Victoria, there was still a high level of confidence that the current positive business conditions would continue, and gross income projections for farm businesses were very good.

While winter crop planting is still underway, Rabobank has forecast 22.93 million hectares of total crops will be planted this year – a 2pc increase on last year and just shy of the record 2016/17 year.

This is contributing to sound levels of confidence in the survey results among grains producers, with 57pc expecting a year like last year and 34pc an improvement.

“There is good subsoil moisture in most cropping regions. Western Australian farmers are off to a cracking start with a great sowing season in the west, while farmers in Queensland and NSW are also enjoying a good start to the season,” Mr Knoblanche said.

“Grain growers in South Australia and the Mallee region in Western Victoria are still waiting for rain to be confident about the season ahead, but seasonal rainfall forecasts for the next three months are certainly cause for optimism.”

Mr Knoblanche said farmers in central and north-western NSW were concerned about the impact of mice on emerging cereal crops and the next few weeks would be crucial for those farmers.

With a good cotton harvest currently underway and production all-but assured for the next couple of years thanks to a boost in water supplies, the survey found cotton sector sentiment had surged – with 86 per cent of growers expecting better conditions over the year ahead, a doubling from the 43pc with that view three months ago.

In the livestock sector, the demand for protein continues to be intensified by high restocker demand as producers rebuild sheep and cattle numbers which had been sold off during the drought.

Prices continue to reach heights not seen in the Australian market, which is reflected in the survey results, with almost three quarters of the beef and sheep producers expecting conditions to improve citing rising commodity prices as a key reason for their optimism.

Strong milk prices and a return to better seasons is providing good support for dairy sector confidence, with 34 per cent expecting an improvement in conditions over the year ahead. This is fuelling strong investment in dairy infrastructure, especially in Victoria.

Optimism across all states

Confidence was found to be strongest in Tasmania and NSW, where 45pc and 44pc of farmers respectively were tipping conditions to improve.

In NSW, a large boost to water allocations and the prospect of another big grain production year were sustaining high levels of farmer confidence, despite some concerns around the mouse plague.

In Tasmania, farm confidence had hit a six-year high, with the state’s dairy farmers particularly upbeat on the back of good opening milk contracts and a great lead into winter.

For Victoria, record-breaking prices in the livestock and dairy sectors were helping temper concern about low rainfall in some regions and the increasing difficulty in securing farm labour.

A dry run into winter for South Australia was having some impact on sentiment among the state’s farmers, which eased this quarter, Mr Knoblanche said.

“Yet despite many South Australian grain farmers dry-sowing their crops, confidence across the state’s agricultural sector generally remained at historically high levels for this time of the year.”

In WA, the “best start in a decade” to the state’s winter cropping program was underpinning agricultural sector confidence.

Sentiment was also strong across all commodity sectors in Queensland, as improved seasonal conditions in many areas buoyed farmers’ spirits after years of drought.

While the number of farmers expecting conditions to improve over the year ahead is slightly lower this quarter, forecasts for farm business incomes and performance are holding firm, with 40pc of farmers surveyed expecting an increase in gross farm incomes in the next 12 months (compared with 41pc in March), while 45pc expect similar incomes to last year.

Mr Knoblanche said with a great production year behind them, and another one on the horizon, many Australian farmers were making longer-term investment plans and putting money back into their own enterprises through equipment and infrastructure upgrades and – for almost a quarter looking to increase investment – property expansion.

The survey found 34pc of those surveyed nationally expect to increase investment over the year ahead, while 60pc will maintain business spending at current levels.

For those who were intending to increase investment, the survey found funds were primarily earmarked for new on-farm infrastructure (such as sheds, fencing and silos), for increasing livestock numbers and for investing in new plant and machinery.

Mr Knoblanche said farmers were taking the opportunity to improve their assets and upgrade their operational infrastructure while the seasons, commodity prices and interest rates were all working in their favour.

And, while there was intense interest and competition for agricultural land, those farmers who weren’t in a position to buy more land were investing on-farm to make the property they own “work harder for them”.