SOUTH-EAST Asian countries provide a handy, stop-gap market for Australian wheat in years when a glut of lower protein wheat needs to find a home, according to Concordia Agritrading head of grains, Luke Mason.

But, Mr Mason said while certain SE Asian markets were important for taking surplus Australian wheat, they were not markets Australia should be targeting on a regular, long term basis. 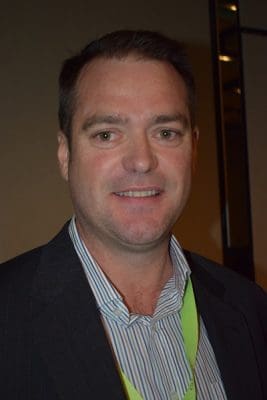 “Australia is not really a feed grain producer. We are not a least-cost producer. It is only in abnormal years like last year when we had an unbelievable season everywhere and we saw cheaper prices that we saw a lot of Australian wheat exported and used for feed purposes. Fast forward 12 months, we are not going to see that,” he said.

Speaking at the Australian Grains Industry Conference in Melbourne, Mr Mason said there was no doubt demand for feed wheat had risen dramatically in Asia in recent years.

For example, he said four years ago demand for wheat from four countries – Indonesia, the Philippines, Thailand and Bangladesh – was 16 million tonnes. This year it is 25 million tonnes.

“Obviously not all that demand is accessible to Australian wheat because some of it is high protein which involves mainly the US and Canada,” he said.

“But this market is sitting on the doorstep of Australia, so in years like last year when Australia had a large export surplus, particularly of low protein wheat, these are the markets that can easily soak that up.”

He said a change in Indonesian corn policy in 2015 led to a change in the structure in the feed market that saw Indonesia import 2.5 million tonnes of feed wheat within seven months at the start of 2016.

“But during June 2016 the government started to realise a lot of feed wheat was coming in and banned feed millers from importing feed wheat,” he said.

“So, this year, ASW demand shot up in Indonesia, but that program will be quickly replaced by Ukraine wheat at 11.5 per cent protein. In all parts of Asia, the Ukraine is growing in importance.”

“This year there was a massive jump in Australian ASW wheat imported for feed wheat purposes. Australian wheat is favoured in the Philippines because it has a 7 per cent tax advantage over wheat of other origins,” he said.

“At the same time, non-Asean corn has a 30pc import tariff to protect Philippine corn producers. The only exporting Asean country is Thailand where corn prices are very high compared to corn from anywhere else, mainly South America. So, there is not a lot of Asean corn imported into the Philippines.”

Mr Mason said wheat imports into Thailand had been a lot higher than they were four years ago, but they were starting to slip as the government changed policy on feed wheat imports to protect local corn farmers.

“The big growth we have seen is in feed wheat, but at the end of last year the government implemented a plan where anybody importing corn into Thailand had to prove they bought three tonnes of local corn for every one tonne of feed wheat they imported. This has cut the demand drastically,” he said.

“At the same time, the government has a lot of old rice reserves in stock. It has to be bought by the feed millers. They don’t want this rice to be re-exported. That has taken away from feed wheat demand.”

Mr Mason said Bangladesh was a least-cost buyer that sometimes took Australian wheat, but usually focused on wheat from the Black Sea and Argentina.

He said imports into Bangladesh had shot up nearly 50pc in the past four years, partly because of what was happening in India where Indian wheat prices were very high.

“Formerly, Bangladesh used to take a lot of Indian wheat in the overland trade, but these days with wheat prices in India around US$300/tonne fob it makes sense for Bangladesh to switch to other origins,” he said.

“They are very flexible about what they use. The biggest program into Bangladesh is whatever is cheapest.”