The growth in Australian farmland values accelerated in 2021. Photo: GIWA

THE median price of Australian farmland increased by 20 per cent in 2021, with strong commodity prices and a widespread favourable seasonal conditions contributing to make this the eighth consecutive year of growth, according to Rural Bank’s annual Australian Farmland Values 2022 report.

This growth increased the median price of Australian farmland to $7087 per hectare.

The report also found that farmland transactions in 2021 equated to a total of 10.8 million hectares of land traded at a record high combined value of $15.6 billion.

Strong demand for farmland and record high prices have encouraged some landholders to capitalise on market conditions which saw transaction volumes increase by 22.5pc in 2021, the largest annual increase seen in 27 years. 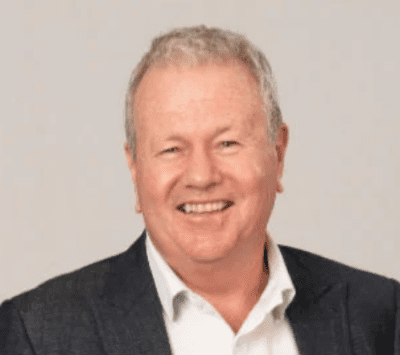 He said this is also contributed to increased market demand.

“Strong demand has made the market for farmland incredibly competitive,” Mr Dundon said.

“We have seen many farmers looking to acquire neighbouring blocks to expand the scale of operations or looking to regions further afield to diversify their landholdings, meaning that many properties are fiercely sought after by multiple cashed up and competing buyers.

“Median prices increased to new record highs in every state, except the Northern Territory, with the supply of land on the market also increasing.

“Overall, the strength of demand exceeded the rise in supply to drive prices higher, with some regional exceptions.

“Corporates, family farmers, life-stylers and tree-changers are all fuelling competition across the various property market segments, which has seen the national median price record the largest year-on-year increase in dollar terms per hectare in the past 27 years – and the largest rise in percentage terms since 2005.”

However, Mr Dundon said some signs of buyer caution are beginning to emerge in the market, due to higher input costs.

“The prospect of higher interest rates and margin challenges from higher input costs could dampen demand and slow the rate of growth in property values.

“The strong rise in values in recent years will make some properties unaffordable for a number of farmers – and unviable as stand-alone operations, which should not be ignored, as it acts as a barrier to new entrants to the industry.

“As it stands, 2022 is shaping up to be another strong year for Australian agriculture and the longer-term fundamentals remain strong.

“This should continue to fuel interest from buyers with enough demand still in the market to push prices higher again in 2022.”

Rural Bank Eastern Australia’s Andrew Smith said this was the eighth consecutive year of growth for the state.

“The NSW farmland property market saw another year of growth in 2021 off the back of a strong rise in the volume of transactions and land traded,” Mr Smith said.

“This growth was driven by supportive seasonal conditions, good commodity prices, and plenty of motivated buyers.

“Many regions of NSW saw outside interest in farmland as city-dwellers looked to move regionally.”

Price growth was relatively weaker in NSW compared to other states in 2021, weighed down by modest growth of 5.5pc in the northern region and a decline of 0.5pc in the central region.

This offset strong growth in the western and southern regions where the median prices increased by 22.4pc and 28pc respectively.

The number of farmland transactions in NSW increased by 29.4pc to 3977.

Mr Smith said the NSW should be fairly strong for the rest of 2022.

“The market should remain reasonably buoyant as the central and western regions begin to see a greater supply of properties on the market, and with irrigation storages in the northern region being full.

“Interest rates, however, may start to play a stronger role and slow any further growth to farmland values.”

The median value of farmland in all Queensland regions increased year on year.

The last time this occurred was in 2008.

“While growth is expected to continue, it may slow down in some districts in the coming year with the rising cost of inputs and equipment, particularly if interest rates rise and commodity prices ease.”

Strength in growth of prices per hectare was coupled with a surge in transaction numbers as Queensland recorded the largest year-on-year increase by both percentage (35.7pc) and number (679 transactions).

This jump occurred across all regions in the state and saw transaction volume reach a 13-year high of 2583. Victorian farmland values rose for the sixth consecutive year in 2021 with the median price increasing by 30.4pc to $10,583/ha.

In particular, the south-west region rose by 35.2pc year on year.

“Victoria’s farmland property market underwent an increase in value across all regions of the state, on the back of favourable seasonal conditions across much of the state, low interest rates and strong buyer cash flows.

“The state saw a rise in the number of Melbourne buyers moving into regional areas and purchasing land, along with an increase in people electing to retire while land are prices so strong, capitalising on the buoyant market.

“Looking forward for the remainder of 2022, the market is expected to remain strong, and with healthy local demand in most districts, prices are also expected to be well above average.”

The total volume of transactions across Victoria rose by 12.8pc in 2021 to 1817, above the five-year average of 1680 and the highest recorded transaction volume since 2017.

“This demand has been driven by the low interest rate environment, rising commodity prices, and strong production throughout the state, along with farmers’ increased appetite for expansion.”

He said Eyre Peninsula led the way with substantial median price growth of 30.2pc while the South-East region recorded a nine per cent rise in median price.

In contrast, the Adelaide and Fleurieu region and York and North region both saw declines.

The total volume of transactions across South Australia rose by 14.9pc to 785 in 2021, slightly above the five-year average of 756 and the highest recorded transaction volume in the state since 2017.

“This increased supply of farmland was observed across all regions as some farmers looked to cash in on the record high land values, which didn’t dampen the strong competition from buyers who pushed farmland values across the state to record highs.”

Tasmanian farmland values rose for the third consecutive year, hitting record highs again in 2021 with a 7.6pc rise in the median price to $14,730/ha.

The growth in median price per hectare was observed across all regions of the state with the exception of King Island. “The northern and north-west regions have consolidated the large median increases reported in 2020, while the south region recorded significant growth after several years of declining prices,” Mr Lalor said.

“The year ahead could potentially see more caution come into the market as underlying fundamentals become less stable.

“This supportive macroeconomic environment has driven a continued desire for expansion amongst both large family growers and corporate farms, ensuring strong buyer competition across most of the state.”

Strong growth in the value of farmland in WA continued in 2021 with a 36.3pc increase in the state’s median price per hectare, the largest increase of Australia’s states.

The median price of $4178/ha in 2021 was more than double the median price in 2018, highlighting the remarkable run of growth in the past three years.

Median price growth was strong across the state with all the state’s five regions recording at least a 28pc increase in median price.

The south-west region was the standout growth region for growth with a 46.6pc increase in median price per hectare.

Rural Bank WA’s James Robinson said farmland values continued to climb off the back of a great season.

“Many growers will continue to pursue property purchases in 2022 as financial positions have strengthened following the 2021 record harvest and confidence remains high, thanks to strong commodity prices.”

WA was the only state other than Tasmania to record a decline in the number of farmland transactions in 2021.

The number of transactions in WA fell by 6pc in 2021 to 624, the third consecutive year of decline.

The median price of farmland in the Northern Territory declined by 18pc in 2021.

Cattle regions of the Northern Territory recorded a 57.9pc increase in median price per hectare in 2021.

In the Top End region, the median price per hectare of farmland fell by 11.3pc in 2021.