Bioenergy to link cotton and beer at Whitton Malt House 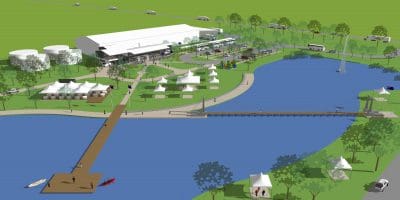 An artist’s impression of the Whitton Malt House.

A MALTHOUSE powered by cotton trash is set to quadruple the production capacity of Voyager Craft Malt, and provide the Riverina with a new events and tourism destination when the Whitton Malt House cellar-door complex opens next year.

Already under construction next door to Southern Cotton’s Whitton gin in southern New South Wales, the malt house will lift Voyager’s annual malting output to just under 4000 tonnes from 850t at present.

With the grain-to-malt yield being about 80 per cent, it means Voyager will be using close to 5000t of mostly barley with some rye to produce commercial malt for brewers and distillers, and some for use in the Whitton Malt House itself.

Voyager co-founder Stuart Whytcross said he is hoping the new malting plant will be up and running by April, and that the facility around it will be completed in the following months.

Voyager started malting locally grown grain, including Schooner barley grown by Stuart’s father Ken at Barellan, in 2012, and by 2014 had set up in a shed at Whitton where walnut shells and other feedstocks have been used to cook malt.

“We started with a 1t malting unit, and were bombarded with inquiry from brewers and distillers,” Mr Whytcross said.

“Every year we’ve more than doubled our capacity, and we’ve got to a stage where we’ve outgrown our existing site.

“Ever since we started, we’ve wanted to expand, and the Whitton Malt House gives us space to expand further if we need to.”

Discussions have led Southern Cotton to take a minor sharehold in Voyager, and the businesses have been collaborating to plan and build the Whitton Malt House.

“We were using walnut shells to kiln our malt through biochar, and there aren’t enough of those locally, so moving next to Southern Cotton means we can use the gin trash from their facility.

“It’s a waste product for them, and we’re glad to use it.

“Being sustainable is a big part of our story.”

Voyager malts old barley varieties like Schooner, and exotic ones like Tibetan purple and Ethiopian black, and also has an organic grower.

“We’ll be relying on irrigation this year.”

Mr Whytcross said Southern Cotton would be planting some rye for use in the new malt house next year.

Mr Whytcross founded Voyager with fellow Barellan farm boy Brad Woolner, and said the business has always promoted an understanding about what goes into producing the grain behind beer and whisky.

“It’s been a big part of our advocacy, and the new facility will allow people to walk through paddocks, and see and feel barley, watch the malting process, and taste beer and whisky made with grain that’s malted locally.” 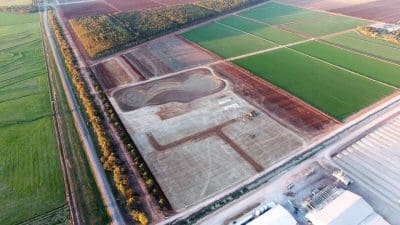 Outdoor activities in the landscaped grounds will include catch-and-release fishing for Murray Cod, and hole-in-one lake golf.

“Plans have been underway for some time to build a new Voyager malt facility on-site to cope with increasing production needs, and we soon realised that there was nowhere to showcase the beautiful products created with the incredible Voyager malt,” Mrs O’Callaghan said.

The 2018 Riverina Murray Destination Management plan said, despite the region being recognised as one of Australia’s most important food bowls, it needed more quality and engaging food-tourism experiences.

“We’re aiming to help address this gap,” she said.

“We’re also keen to tap into the food trail experience currently on offer throughout the Riverina in partnership with businesses like Coolamon Cheese, Junee Licorice Factory and Corowa Whisky and Chocolate.”

In a joint venture with Queensland Cotton, Southern Cotton is still planning to build a gin at Coleambally, which will be the fifth for southern NSW.

However, a protracted planning-approvals process means the gin is unlikely to open next year, as initially planned.

Area planted to cotton in all NSW valleys this year looks like being down markedly because of drought and little to no irrigation allocation.

This has taken the pressure off southern NSW to have an additional gin to cope with what until last year was rising production.