This comes as most New South Wales and Victoria and parts of Queensland and South Australia sustain road and rain damage due to prolonged flooding events.

“Growers in areas affected by recent weather events and those in parts of the country where fortunately, they are still looking at a promising harvest, efficient freight routes to get our clean and green grains off the farm safely to where they need to go is essential,” Mr Hosking said.

“We recognise that the Albanese Government is trying to ensure spending is curbed, particularly in the current economic environment with rising inflation and spiralling costs of living.

“However, our grower and the regional communities they live in can’t be left behind when critical infrastructure is in such dire straits.”

Most of the key infrastructure funding announcements were centred around metropolitan road and passenger rail services, such as the Melbourne Airport Rail Link and Suburban Rail Loop, Sydney’s M12 Motorway and the Coomera Connector Stage 1 in Brisbane. 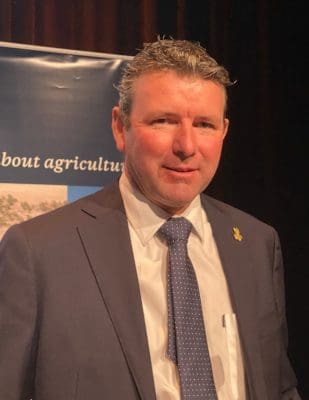 Rural and remote communities will see a continuing investment in the Outback Way and a further $1.5 billion Freight Highway Upgrade Program to seal the Tanami Track in the Northern Territory and Western Australia, as well as upgrade other nationally significant freight routes, including the Dukes, Stuart and Augusta Highways in South Australia and Central Arnhem Road in the NT.

However, this funding will do nothing to support the major grain-growing centres of NSW, Victoria and southern Queensland.

“We have some horror stories captured in photos and testimonials from growers across the country that highlight what a dangerous condition the state of many roads are in.

“These roads being used during harvest periods and it’s obvious that the safety of those in regional communities is being sacrificed.”

NSW Farmers president and grain grower Xavier Martin said he was also concerned about the $4.6B in cuts to water infrastructure, which were committed to in previous budgets.

These include the Hells Gates Dam, which will no longer progress as well as deferral of improvements to the Dungowan and Wyangala dams in NSW, and the Emu Swamp dam and Hughenden Irrigation District in Queensland.

“It may seem strange to talk about drought while much of the state is in flood, but farmers know Australia goes through a cycle of wet and dry – this is precisely the time we need to be planning ahead for drought,” Mr Martin said.

“Rural communities are already looking at major economic losses as a result of this widespread flooding, the last thing they need is even less certainty into the future.”

NSW Farmers and NSW Irrigators Council (NSWIC) have warned Murray Darling Basin irrigated growers to be wary of a vague Budget announcement that indicated an undisclosed amount of money was committed “to return water to the environment”.

Minister for Environment and Water Tanya Plibersek said the funding was part of the government’s pledge to deliver the Murray-Darling Basin Plan commitments.

“Significant funding has been set aside but is not for publication due to commercial sensitivities,” Ms Plibersek said in a statement.

NSWIC chief executive officer Claire Miller said the announcement “has sent a shiver down the spine of the irrigated agriculture sector”.

“Government needs to clarify its intentions for this funding, for the sake of community trust,” Ms Miller said.

“We hope the intentions are more nuanced than a water grab, which they should have learnt from last time devastates Basin communities and industries, distorts water markets and drives up water costs, and puts pressures on food prices.”

In a small win for farming communities, the Federal Government has pledged over $757 million to fund a suite of connectivity measures from the Better Connectivity Plan for Regional and Rural Australia plan, as well as additional funding for current programs including the Regional Connectivity Program and Mobile Black Spot Programs.

This is in addition to $30M for on-farm connectivity and $20M for an audit of mobile coverage.

“Connectivity is critical for productivity, safety and social connectivity in the bush,” National Farmers’ Federation (NFF) president Fiona Simson said in a statement.

“These commitments are extremely welcomed by the sector but can’t just be a flash in the pan. 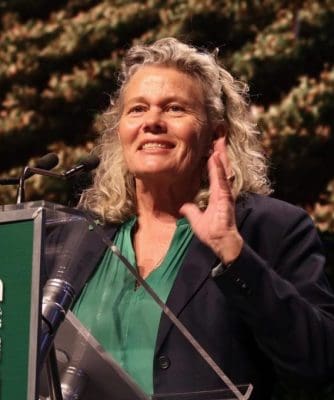 “Australia is a big country and we need sustained investment to ensure services in the bush keep pace with those in the city.”

Ms Simson said the NFF also welcomed the news that $500M of the seven-year $15B National Reconstruction Fund will go towards projects in the farm sector.

“We’re looking forward to seeing what opportunities the National Reconstruction Fund can unlock for the farm sector.”

Ms Simson said overall the NFF is underwhelmed by the 2022-23 Budget and hopes that it will be just an initial step in a long-term strategy which will include benefits to the agriculture sector.

“This is clearly a transitional budget, and we anticipate further measures in the next, more traditional May budget.

“Farmers are in the grip of a severe labour crisis, facing skyrocketing costs, and currently experiencing flooding – in some cases for the third time in 12 months.

“There are steps the Government can and should take to boost output and ease supply and cost issues.