AS AUSTRALIA heads towards its second largest grain crop ever, supply chain stakeholders will be double-checking harvest plans to make sure everything is in place to manage the predicted volumes, according to ANZ’s latest Agri Commodity Report.

Conditions in different crop growing parts of Australia have been mixed, however most crops are still on track to be at near record levels, particularly Western Australia.

ANZ’s Head of Agribusiness, Mark Bennett, said all major crops were still looking at great forecasts, with the largest crop on record forecast for canola, the second largest for wheat and the third largest for barley. 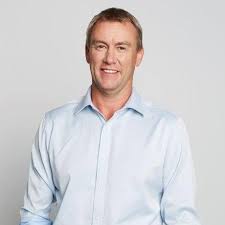 “The Australian grain supply chain is world-leading in efficiency, all the way through from the farm, to transportation, to storage, to processing, and shipping for export,” he said.

“Last year’s record crop demonstrated that coping with the massive volume of grains and oilseeds can be a challenge, albeit a good one, and this year’s harvest will have the added factor of border disruptions.

“To maximise the size and quality of crops, they need to come off just at the right time, which is why we could see headers in the paddocks on Christmas Day in southern areas, if that’s when conditions are optimal.

“This year, not only farmers, but supply chain stakeholders will need to double check that they have plans in place for the scale of harvesters and trucks which will be required as well as the personnel.

“This will be important if the cross-border travel of harvest contractors, which have long been a part of the process as it moves from north to south, is still disrupted.”

With the major volumes forecast to come from a range of crops, Mr Bennett said grain receival sites would need to plan not just for personnel needs, but for the infrastructure to accommodate separate inflows of wheat, canola, barley and other crops.

Regionally, the latest ABARES report forecasts the wheat crop on the east coast to be down around 11 per cent on last year, while the wheat crop in the west is forecast to rise by over 20pc.

Another trend which may be impacted this year could be the growth of on-farm storage, which has risen strongly in recent years, as farms consolidate, retain grain for feed or future sale, and as farm storage infrastructure has become relatively less expensive and technologically more advanced.

“For this harvest, given the ongoing strong demand for exports, combined with the rapid growth of the domestic feedlot sector to meet the demand for red meat, it is foreseeable that much larger volumes of grain will be transported directly to their end destination than in the past, including from west to east,” Mr Bennett said.

To read the full report: https://www.anz.com.au/content/dam/anzcomau/pdf/commodity-insights-october-2021.pdf