THANKS to consistent rainfall and well-timed warm temperatures, the New South Wales rice crop is set to be the largest in five years, with the industry predicting 600,000-650,000 tonnes to be received into storages by the end of May.

Most of the rice grown in Australia is concentrated in the Murrumbidgee and Murray valleys of southern NSW, with small growing pockets in north-east NSW, northern Victoria and northern Queensland.

Ricegrowers Association of Australia (RGA) president Rob Massina said about a third of the 2021-22 crop has been harvested.

“A lot of that would have been received in the Murrumbidgee Valley and western Murray,” Mr Massina said.

“The eastern Murray is starting to kick ahead now.”

“It is quite substantial at about 10 times bigger than it was two years ago.

“It has been an exceptional growing season; from all reports I’m hearing those yields have been very good and most growers are quite happy with the results.”

He said the perfectly timed warm weather was the main factor behind the good crop yields.

“We have had the nice warm periods through those critical stages of January and February.

“Maintaining a temperature above 15 degrees is critical and that has been achieved through those growing periods.”

NSW mixed farmer, Peter Kaylock, said he is half-way through his rice harvest.

He said his property, located near Moulamein in the Riverina, had the right temperatures at the ideal time for the rice crop of about 300 hectares to flourish.

“It’s smiles all around; it will be the best crop we have had in many years,” Mr Kaylock said.

“Everything is falling in the right place, mainly the temperature at the right time of year.”

Mr Kaylock said he aims for a yield of 10t/ha but expects to exceed this target.

The above-average season has also come at a time when the price for rice is expected to be high. 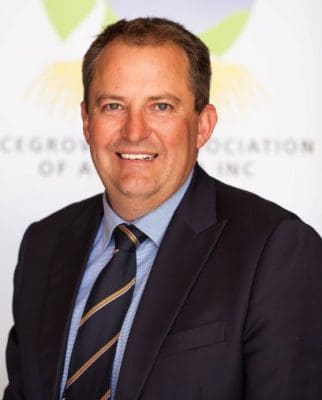 Most NSW growers are part of a pool through SunRice Group, which receives and markets the product over a 12-18 month period.

The difference between costs and returns is given back to growers at a per-tonne price.

Rice growers will get an indicative price range of what SunRice expects will be the per-tonne cost of the raw product; however, this is dependent on supply chain costs and other market factors.

Mr Massina said at this stage the price of rice was set to be on the higher end.

“Our indicative pool price is one of the highest we have seen in many, many years.

“We are hoping demand for good-quality Australian food makes sure the price of rice continues to increase both globally and domestically.”

This price is for medium grain rice, Reiziq, which is the main variety produced by SunRice growers.

Despite this, he said growers are also grappling with high input costs.

Mr Massina said urea has been one of the largest on-farm issues, with the cost of the fertiliser doubling between seasons.

On top of these input cost pressures, the NSW Northern Rivers rice-growing region has also seen significant crop losses due to a record flooding event in February which was followed by another period of high rainfall last month.

Natural Rice Co’s Steve Rogers said growers in his region took a significant hit, losing about 60 per cent of their crop.

“That can be the nature of the beast; we grow our rice dryland and to do that we grow it in the floodplains and low areas,” Mr Rogers said.

“Typically, we get these little floods that come through and rice thrives in those conditions.

“But, with the record flood everything was pretty well underwater by 3 metres for a long time – about 10 days, up to 2 weeks.”

He said growers in the Woodburn area were the worst affected by the flooding, while others north-west of Coraki escaped much of the damage.

“Unfortunately for the guys in the Woodburn area, it is not just their rice, it is their cane, their machinery, their house as well.”

Mr Rogers said this heartbreak is coupled with the higher-than-normal cost to grow the crop due to input price rises, as well as the early predictions that yields were going to be at least above average.

“We had perfect conditions all the way through, and everything was looking well above average yield.

“There was going to be that return on the extra investment and to lose it completely is awful.”

Mr Massina said the RGA was working to ensure Northern Rivers growers were getting all the help they needed following the devastating floods.

“I know some rice growers in the Northern Rivers region of NSW have been impacted by the floods.

“We are making sure as the Ricegrowers Association that we are lobbying for any help that they can get to get their crop off or any funding they can get.”