The facility becomes Cargill’s northernmost investment in crush capacity in China; its other three operations are located in Guandong Province and in Jiangsu Province.

The joint venture, Hebei Jihao Grain & Oil Co Ltd, aims to sell oil and animal feed products to consumers in the Bohai Rim region in which it is located.

The rapidly developing region supports about 20 percent of China’s population; it is based around Bohai Bay and includes the cities of Beijing and Tianjin, and Hebei Province. 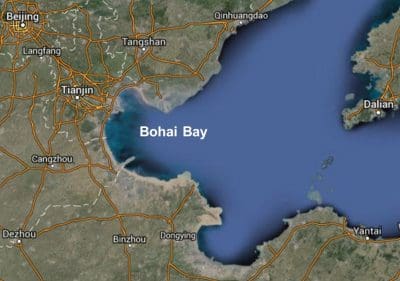 The project includes the crush and refining complex, and the Hebei Jihai Port Co Ltd development which has been engineered to receive cargoes up to 100,000t.

“Jihai Port will serve the transport and storage needs of the new plant,” Cargill said in a statement.

Optimism in the future of China developments such as the newly completed oilseed crush, refining and port complex in northeastern China, was a highlight of the sector, amid otherwise loss-making company oilseed performance.

“We made important changes (which) include over US$3 billion of strategic acquisitions and new or expanded facilities as well as almost US$2.4 billion in divestitures.  These moves are making us more competitive in sectors where we intend to lead,” Mr MacLennan said.

Australian trade, in the context of China’s crush capacity

Soybeans dominate China’s annual oilseed imports, which have grown in recent years to between 80MT and 90MT, along with around 16MT soybean oil each year.

The primary oilseed commodities Australia exports to China are canola and cottonseed, though relatively small in volume, comprising less than a million tonnes annually.