THE impending downgrade of Kennedy wheat from an Australian Prime Hard (APH) to a Feed classification has growers in Central Queensland (CQ) on the hunt for a replacement for the popular high-protein and high-yielding variety. 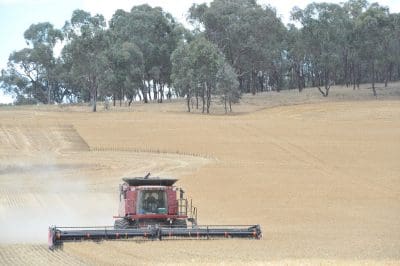 Central Queensland growers are on the lookout for replacement for Kennedy wheat.

AgForce grains president, Wayne Newton, said growers would be looking to trial replacement varieties with the idea of bulking up enough seed on-farm to allow them to plant a commercial area for harvest in 2018.

“The notification that Kennedy could move back to feed as soon as 2018 has certainly got some people saying they don’t have a suitable replacement,” Mr Newton said.

News of the change in classification, which is scheduled to take effect in 2018, came through the publication of the Wheat Quality Australia (WQA) Master List released in September.

Mr Newton said an extension to the change of classification might be possible.

“In some cases when there isn’t a direct replacement, growers are given an extra year or two, and AgForce will be looking into this.” 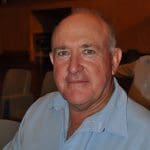 Mr Newton said CQ growers have retained Kennedy seed wheat from the crop just harvested, but due to the variability of the region’s seasons, might be hard-pressed to use results from 2017 alone to identify a suitable Kennedy replacement.

He said some growers might continue to grow Kennedy after its change in classification.

“If they’ve got a feedlot or something similar close by and looking for high-protein wheat, there’s nothing to stop them from continuing to supply that customer with Kennedy; it just means they won’t be able to put it down the GrainCorp chute and get a Prime Hard price for it.”

Triggered by cooler temperatures, LMA results in dough losing its stretchiness, and makes it unsuitable for flour millers who supply noodle manufacturers and other end users.

According to WQA executive officer, Hugh Robertson, Kennedy is one of the four most prevalent wheat varieties in Central Queensland.

“Some exporters have customers that won’t take grain out of CQ because of it,” Mr Robertson said.

WQA sets up zone advisory committees to examine varieties which do not satisfy segregation requirements.

WQA chairman, Dr Don Plowman, said the committee, which had looked at Kennedy and other varieties grown in CQ, could have some work ahead of it yet.

“If there is a serious issue here we will certainly re-engage so valid concerns can be addressed,” Dr Plowman said.

Strzelecki is another popular CQ variety which appears on WQA’s Master List, and is scheduled to be reclassified from APH to Australian Hard.

“This is all part of our ongoing task to ensure quality, by reviewing varieties that were classified more than 10 years ago.”