CHINA is aiming to tackle food waste from farm to fork and everywhere in between, and passed an Anti-Food Waste Law last month to follow the launch of its clean-plate campaign last year. 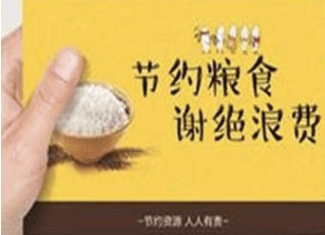 Both of these measures seem to point to China’s growing interest in using its resources more sustainably.

While the campaign and new law aren’t expected to diminish China’s demand for imported food and agriculture goods, sustainability is expected to become an increasingly important selling point for these products.

According to local press reports, China’s President Xi Jinping in August last year called on citizens, restaurants, and other food-service businesses to reverse the “shocking and distressing” amounts of food waste in the country.

There was speculation from different corners that this call to action was a foreshadowing of potential future food shortages resulting from COVID-19 supply-chain disruptions and crop damage from the flooding along the Yangtze river.

The current clean-plate program traces its origins to an earlier volunteer movement that started in 2013.

This former initiative appears to have fizzled out because there was insufficient government support.

In contrast, this latest program appears to have considerable support from both the central and provincial governments, suggesting it will likely outlive the earlier movement.

Another factor that will likely contribute to the movement’s longevity was the ban on using untreated plate waste in hog feed.

The ban was announced in 2018 and linked to efforts to stop the spread of African Swine Fever (ASF).

To understand the impact and changes from the clean-plate initiative, FAS-China conducted a small informal survey of consumers and restaurants in different parts of the country to hear their firsthand experiences with this program.

Some restaurants also trained wait-staff to help patrons from over-ordering.

In contrast, western-style restaurants were believed to have made fewer changes in their operations because their servings were already individually sized.

Judging by interview responses, many consumers were generally aware of the clean-plate program and seemed to be consciously trying to reduce food waste when dining out or preparing meals at home.

Consumers thought the main reason the program had been instituted was to shore up the country’s food-security situation.

In the south and east, consumers felt they were more traditionally modest in their restaurant orders compared to their countrymen in the north-east, where a cultural tendency to over-order is said to exist.

An overabundance of dishes on the restaurant table is considered a display of hospitality and wealth, particularly in the north-east.

In the past, boxing up leftovers was not socially acceptable, or a common practice in China.

However, in recent years, taking home leftovers is increasingly accepted, and restaurant wait-staff will ask patrons if they would like a box.

When asked about changes at the restaurant, consumers observed that some restaurants were offering smaller portion sizes and had posted signs to remind patrons to avoid wasting food.

Amid the launch of the clean plate initiative, the National People’s Congress (NPC) drafted and passed an Anti-Food Waste Law that came into effect on April 29. The law intends to institute stricter management controls to reduce food waste from farm to fork in order to strengthen food security, conserve resources, and protect the environment.

The law comes on the heels of joint anti-food waste guidance issued by several Chinese ministries and regulatory agencies in February 2021. The joint guidance largely coincided with the contents of the new law.

The clean-plate campaign and the Anti-Food Waste Law are not expected to diminish China’s growing appetite for imported food and agriculture products.

However, sustainability is expected to become an increasingly important selling point for both domestic and imported food and agriculture products.

For example, plant-based meat alternatives and beverages are already playing up this sustainability angle in the China marketplace.

US companies should consider how best to highlight product sustainability when marketing to Chinese consumers.