INDUSTRIAL action at the Patrick’s facility at Sydney’s Port Botany earlier this month has compounded problems already experienced by containerised grain exporters as they struggle to get a record winter crop shipped amid an ongoing shortage of boxes. 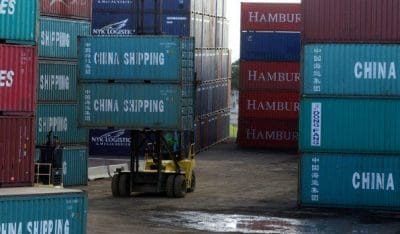 Trade sources say the short-lived dispute between the Maritime Union of Australia (MUA) and stevedoring companies has resolved, but its effect would be felt for weeks to come.

“It created a massive choke point, because containers that were ready to load didn’t get on to vessels when they were supposed to, and empty boxes didn’t come back to us by rail,” a source in country NSW said.

“With the backlog at the port, some of the containers got put into depots, and it will take weeks to clear all of them.”

The dispute, believed to be about which companies could operate within certain areas of the Patrick facility, resulted in reduced shifts to load and unload trains in the first week of May.

Sources say containerised barley, chickpea, faba bean, lupin and wheat shipments have all been affected, and new-crop cottonseed was also coming into the pipeline to further the strain on logistics.

This has come on top of a containerised market already struggling to get enough 20’ boxes to fill buoyant demand for agricultural commodities.

“The shipping lines have an inability to supply us with all the boxes we need, and the situation is worse than it was two or three months ago.”

“It’s a big export year from the east coast, and there’s no surprise there’s congestion around container ports in Sydney, Melbourne and Brisbane. The pipeline is pretty solid.”

Mr Sloane said the record chickpea crop, which was now expected to generate 2016-17 exports of around two million tonnes, has pushed the supply chain to its limit.

“On top of that, there’ll be big cottonseed exports from June through to September.”

He said container packers were now using 40’ General Purpose containers where possible, and converting them to Food Quality (FQ) grade as the shortage of 20’ FQ containers continued.

“As we work through old-crop, that demand for containers might ease a bit, but then again we’re seeing selling in the new financial year. It’s the perfect storm.”