THE first of this season’s cotton crops are emerging in Central Queensland (CQ) where the sowing window opened on August 1, kicking off a season with potential to produce a national crop of 5 million bales.

Emerald grower Nigel Burnett, who this morning was elected the new chair of Cotton Australia (see below), said dry conditions were prevailing in CQ at the moment but there had already been small areas of cotton go in.

Mr Burnett said crops that were planted soon after the sowing window opened were looking good.

“The run into spring has been fairly favourable. There haven’t been too many cold snaps and the cotton is growing really well,” he said.

He said the region’s primary water storage, Fairbairn Dam, was at only 15 per cent capacity and there had been no medium security allocation announced.

“But there are small amounts of carryover water that people have carried through from last year’s allocation. There is plenty of opportunity with the outlook for a wetter spring and summer. There are plenty of irrigation fields ready to go for cotton,” he said.

“The price of cotton at the moment is looking fantastic and people will hold those fields over instead of planting alternative crops like sorghum. So, there will be plenty of upside in area.

“There is the prediction of a 4.5 to 5.0-million-bale crop across the industry which will mean $3 billion into the national economy.

Mr Burnett said the area of cotton to be planted around Emerald was likely to be much the same as the last three years.

“But we have seen some fantastic yields from the last two seasons. Yields up to 18 bales of cotton per hectare which is just extraordinary. It reflects good management and people working out new production systems, but also the R&D that has gone into it and the great varieties we have at our disposal,” he said.

Cotton Australia chief executive officer Adam Kay said growers had suffered through one of the harshest droughts in recent memory but this season conditions across most of the cotton country were favourable.

“This season we expect around 450,000 hectares to be planted although that could increase if there’s further rain. At this stage there will be about 370,000 irrigated hectares and 80,000 dryland hectares,” he said.

“Despite the changes in trade with China the global markets are good with demand ensuring good prices, currently at around $620 per bale for next season. From speaking to our growers, we estimate that over 30 per cent of next season’s production has already been sold from grower to merchant.

“This season’s 1 million tonnes plus of fibre will produce jeans, T-shirts, jocks and socks for well over 1 billion people.  It will also produce over 1.2 million tonnes of cottonseed, a valuable commodity for cattle feed, crushing for oil and for export.”

Emerald grower Neek Morawitz and his wife Robyn are planting 400 hectares of cotton across two farms at the junction of the Comet and Nogoa Rivers, 40 kilometres east of Emerald.

One third of the 990ha irrigated area is under four centre pivots and the rest is flood irrigated from their on-farm storages and the Emerald Irrigation Scheme. An additional 350ha is operated as a minimum tillage dryland system.

“We planted in the first week of August and we expect a good result based on previous experience which has delivered us good yields and quality,” he said.

“The introduction of Bollgard 3 several years ago changed our resistance management plan and that provided a new planting window in early August.”

Mr Morawitz is also engaged in a winter cropping trial for cotton which is proving successful.

“This is the first time we have planted a commercial scale winter cotton crop of 36 hectares and it’s looking promising. Last year we only had one hectare planted,” he said. 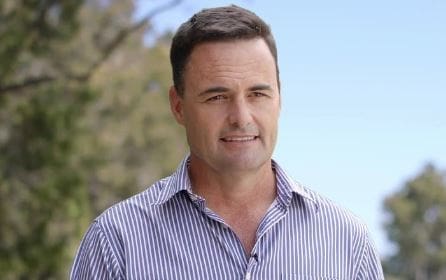 He was elected to the role at a virtual meeting of Board members that also acknowledged the work of outgoing chair Hamish McIntyre.

Under Mr Burnett’s leadership, Cotton Australia will focus on rebuilding trust in the industry, developing an environmental sustainability framework, the myBMP program and improving stewardship and biosecurity.

Mr McIntyre was re-elected to the Board along with new Board members Elizabeth Stott and Angus O’Brien. Rowena grower Bernard Bierhoff was elected deputy chair.