The laying of rail on the Parkes-Narromine section of Inland Rail in NSW. Photo: Inland Rail

NSW FARMERS’ Association and the Country Women’s Association of NSW have joined forces to progress legal action with respect to the Australian Rail Track Corporation’s (ARTC) handling of the Inland Rail Project.

NSW Farmers’ and CWA of NSW have engaged law firm Holding Redlich to approach the ARTC, and have highlighed concerns relating to ARTC’s hydrology modelling.

“Through sending legal correspondence to the ARTC, we have clearly outlined the main concerns facing landholders along the proposed rail route,” Mr Lyons said.

“We are using this opportunity to demand the ARTC engage in a productive manner with affected landholders. 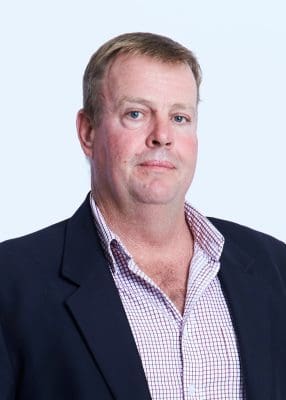 “We have also stressed the need for transparency around the key documents underpinning the proposed route, particularly the hydrology modelling which to date has caused consternation in our members.

“For a long time we have recommended to NSW Farmers’ members affected by this project not to engage with ARTC and now we’re urging them to seek legal advice in regards to this matter.

CWA of NSW CEO, Danica Leys, said in taking legal action, the CWA and NSW Farmers hope to develop a collective of landholders and community members who want to progress advocacy around Inland Rail.

“Currently, our legal correspondence is focused on the Narromine-to-Narrabri stretch of the rail route, but our aim is that any positive developments would be mirrored in other parts of the infrastructure.”

The 1700-kilometre Inland Rail Project aims to provide a freight corridor linking the ports of Melbourne and Brisbane, and project approvals on the Narrabri-North Star section are now being finalised as construction moves north.

Fast-track measures announced last month by the Federal Government for priority infrastructure projects, including Inland Rail, have been designed to streamline the environmental approval process to get them under construction faster.

“This isn’t about reducing the amount of community consultation or environmental assessment; it’s about reducing the time project approvals sit with bureaucrats in both State and Federal Governments,” a spokesperson for Deputy Prime Minister and Minister for Infrastructure, Transport and Regional Development Michael McCormack said.

Operating under a bilateral model, teams will work across states and levels of government to progress the environmental approvals process for priority projects including Inland Rail.

“These measures will target a further 25 per cent reduction in Commonwealth assessments and approval times by the end of the year, without compromising regulatory requirements and community consultation processes.

“The government intends to apply this process across the Inland Rail project, not specific sections or states.

“The Senate Inquiry and the assessment of a forestry route via Cecil Plains in the Border-to-Gowrie section of Inland Rail are separate processes to the fast-tracking of environmental approvals.”

A Senate Rural and Regional Affairs and Transport References Committee was last year appointed to look at the management of the Inland Rail project by the ARTC and the Federal Government.

In January, it held a public hearing at Millmerran, where concerns were voiced about the proposed Inland Rail route over both floodplains.

Last month, the Senate pushed back the deadline for the committee’s report from 30 September to 11 November.

In addition to this, the Federal Government on 25 May agreed to investigate the possibility of getting Inland Rail across the Condamine floodplain via what has been dubbed the state forestry route, which in part follows the Westlink powerline easement that runs south from Kogan Power Station.

It passes west of Millmerran, instead of running to the south-east of the town as currently proposed, and through Cecil Plains, before striking east to Gowrie and Toowoomba through Mount Tyson.

However, this route is not without its detractors, namely landholders adjacent to the disused rail alignment between Cecil Plains and Mount Tyson who fear their farms will be impacted if Inland Rail takes the forestry route.

Following the announcement of the Condamine route review, NSW Farmers’ called for a similar rethink on the Macintyre route, but this has not been granted by the Federal Government.

“It has been suggested that an embankment along Whalan Creek will redirect flows north into the Macintyre River, generating an increased flood risk for landholders along the floodplain and communities such as Toomelah, Boggabilla and Goondiwindi,” Mr Lyons said in a statement.

“The major public safety risks associated with the route through parts of northern NSW have not been properly assessed by the ARTC or the Australian Government.

“This has been a fatal flaw of the project.”