TEN years of being a dietitian in Melbourne have left Jenani Therone with no doubt about the vastness of the knowledge gap that surrounds food production, and with her camera, she is doing all she can to bridge it. 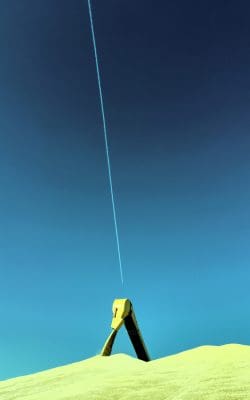 Now a photographer, Mrs Therone has created the Untold Stories – Land is Family project to ensure farmers who grow our food are appreciated rather than forgotten by those who consume their produce.

“My choice of language for this story — fine-art photography — may break new ground to ignite interest in those who may have not previously had the chance to know about our farming communities and food production in Australia,” Mrs Therone said.

“It’s a humble effort on my part to make sure future generations do not grow up thinking a loaf of bread just magically appears on supermarket shelves.”

Since April, Mrs Therone has been working with the Hendersons, a sixth-generation farming family in the Wimmera-Mallee region of Victoria, to follow the operations of their Darcra Group grain-growing enterprise, and follow its crops from planting through to harvest and processing or shipment.

“I feel privileged to be making images with a beautiful family of farmers who are competent strategists, commodity  traders, analysts, futurists, entrepreneurs, custodians — the list goes on and on — and see the way their multi-faceted operation is run.” Ms Therone said she hoped her images would help to advance the paddock-to-plate story by sparking conversations and education around food production in the grain industry, and the time and care it took.

“I am hoping my creations will not only share the story of broadacre farming in Australia, but also inspire others through the passion our farmers have, the care they take of the land, the respect and connection they have for it, and the conditions they work in.”

In 2015, Mrs Therone came face to face with the grain industry through her husband’s work, and now that she has fallen in love with it, has no desire to get back to the dietitian’s desk.

She said she hoped to be able to get further support from the grains industry to enable her to connect with more growers and sponsors to expand the project’s reach.

“The end goal is to have gallery launches in major cities to display, educate and sell images as limited-edition fine-art giclée prints and collectable fine-art publications, with all sale profits going towards rural communities and charities.”