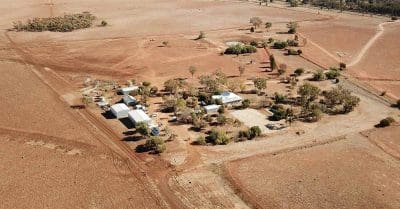 “DPI’s drought assistance bus will tour the state, from Tenterfield to Trangie and Broken Hill to Bathurst, with staff from the NSW Rural Assistance Authority (RAA) and Rural Resilience teams on board to help farmers with questions about assistance, complete applications on the spot and to talk about what help they need,” Mr Fifield said.

“We are committed to connecting with communities, industries and people; therefore I would encourage anyone that needs support or struggling with what help is available to visit the team.”

Below average rainfall during August has seen widespread drought conditions continue to impact NSW regional communities and a further deterioration of agronomic conditions.

Currently 95 per cent of NSW remains in one of the three drought categories, with the intensity of the drought event high for much of Northern and Central West of the State as well as parts of the far west.

DPI’s Leader of Climate Applications, Anthony Clark, said the drought had now been going for 24 months or more in many parts of NSW resulting in failed cropping seasons, low water availability and stock feed deficits.

“Winter rainfall, a key time for hydrological and soil water recharge, was below average for much of NSW, which creates a challenging scenario for water resource managers, irrigators and dryland farming operations over the next six months.” Dr Clark said.

“Field reports indicate very low ground cover, a low area of winter crop, and with no soil moisture or irrigation water the prospects of sowing summer crop is also poor at this stage.

“While still drought affected, late winter rainfall and warmer than average temperatures, to the south and parts of eastern NSW, supported some crop and pasture growth.

“The prospects of the drought breaking this coming spring are also not favourable.”

The official Bureau of Meteorology forecast states the likelihood of above median rainfall is at 30pc or lower for much of NSW.

For all drought related advice or assistance, visit droughthub.nsw.gov.au