THE integrity of the Murray Darling Basin Plan has been thrown into question following revelations on last night’s ABC Four Corners program of alleged illegal water extraction and back room subterfuge. 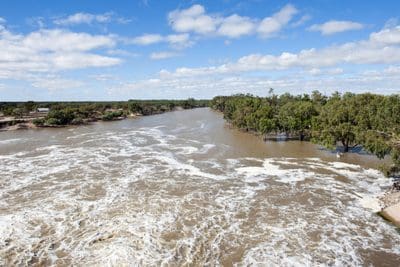 The Four Corners program claimed water purchased by taxpayers for the environment had been harvested by irrigators in the Barwon/Darling system.

It also alleged there were incidents of illegal pumping of water in the Northern Basin and evidence of tampering with meters that monitor pump flows.

The program aired a secret recording of a senior NSW government official offering to share confidential information with irrigator representatives.

The Murray Darling Basin Authority (MDBA) chief executive, Phillip Glyde, said the MDBA had known about issues in the Barwon–Darling for some time.

“Through the review of the Northern Basin, we heard from communities who were unhappy with the current application of water rules and regulations. And that is why in November 2016 we recommended a change to the Basin Plan, including a number of additional projects to improve water management (referred to as toolkit measures),” he said.

Mr Glyde said it was critical that the water extraction rules protected environmental water and low flows, while ensuring industry and production continued.

“The MDBA encourages all Basin governments to treat these matters seriously, and urges them to respond to community concerns. It is important that all water users trust and have faith in the compliance system.”

SA’s Water Minister, Ian Hunter, said an independent review was needed into the NSW Government’s handling of the issue.

NSW Minister for Regional Water, Niall Blair, has asked for clarification around the circumstances of the secretly-recorded briefing by the senior government officer to irrigation lobbyists. 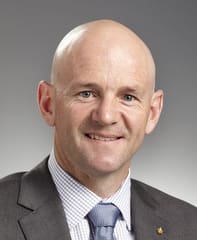 In a statement, the NSW Government has reaffirmed its commitment to “the sustainable and equitable management of the State’s water resources”.

“DPI Water refutes the claims it lost its appetite for compliance and works closely with water enforcement authorities to achieve prosecutions where adverse activities are detected and proven.

“The State remains committed to the Murray Darling Basin Plan and to ensuring it is delivered in a way that balances economic, environmental and socio-economic concerns, and puts local communities front and centre.

“NSW continues to push for pragmatic decision making in all aspects of the Basin Plan.”

NSW Farmers’ president Derek Schoen said, in a statement, the ABC Four Corners episode raised a number of very distinct issues that all relate to water take in the Murray Darling Basin. One of the issues raised was illegal water take.

“The overwhelming majority of farmers and irrigators do the right thing, however, strong regulatory enforcement is needed when it is proven that water has been taken against the rules, or tampering/disabling of metering equipment has occurred.  This is theft from all other water users and it should not be tolerated,” he said.

Mr Schoen said another issue raised on the program was the changes to the rules that were reflected in the Barwon-Darling Water Sharing Plan, finalised in 2012.

“These rule changes have been the subject of discussion amongst NSW Farmers’ elected representatives during past months and years, and are something that we know causes significant angst amongst all of the water users within that Water Sharing Plan,” he said.

“Where it is alleged that those rules were changed without true transparency for all water users- NSW Farmers fully supports an investigation into the process by which these rule changes were made. We call for this on the principle that these changes can have a significant impact on all water users, including stock and domestic water rights holders, and downstream users.

“These decisions need to be made with full transparency and scientific backing. Rule changes also need to occur through the established processes of the local consultation committee during the appropriate review period. The agricultural community needs complete certainty that this will occur, always.”

National Irrigators Council CEO, Steve Whan, told the ABC it was up to governments to ensure regulations were being enforced. 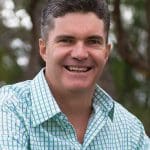 He said any irrigator found to be doing the wrong thing should face the consequences.

“All the other irrigators in the system would expect to see an irrigator who has been proven to have done the wrong thing have the full force of the law brought against them,” he said.

He disputed the suggestion the revelations had put the Basin Plan in jeopardy.