THE National Australia Bank (NAB) is predicting Farm Management Deposits (FMDs) will smash the record set last year, as producers better manage their finances in good years to prepare for the more challenging ones. 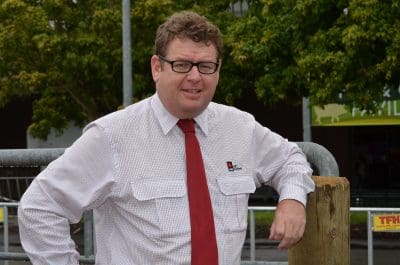 NAB Agribusiness general manager, Khan Horne, said the end of the tax year sees a spike in deposits, and there’s every chance the national FMD balance will break $6 billion next month, setting a new record.

“Many producers have had a couple of strong years, with record wheat crops and high cattle prices, along with generally good seasonal conditions in most areas,” Mr Horne said.

“Agriculture is seen by some as having a ‘golden age’ at the moment, and a lot more producers are now taking advantage of FMDs to put aside cash when they have it.

“Famers are very conscious an increasing number of severe weather events, and are they want the reassurance of reserves if they’re affected by something like flood or fire.”

FMDs allow eligible producers to set aside pre-tax income in good years, up to a total limit of $800 000, which is then available to draw on in future years when they need it.

Mr Horne said FMDs were also providing producers with greater flexibility to manage their cashflow and navigate some of the market-driven cycles that are part of agriculture.

“There’s a lot of grain still sitting in silos and on-farm, particularly in Western Australia, given prices aren’t as high as many would like,” he said.

“Growers with FMDs to draw on have more options to hold onto their grain until the market rises, and still have cashflow to manage their business and plant this year’s crop.

“The dairy industry over recent years has also highlighted the benefits of having reserves.

“While FMD levels haven’t been as high in the dairy sector, some of our customers who have them are coping much better with the drop in farm gate prices,” Mr Horne said.

With agriculture playing a bigger role in Australia’s economy over recent years, Mr Horne says the importance of FMDs as a management tool can’t be overstated.

“The industry’s going from strength to strength, and we all need to be doing things smarter,” he said.