Four reasons agriculture needs to phase out reliance on glyphosate 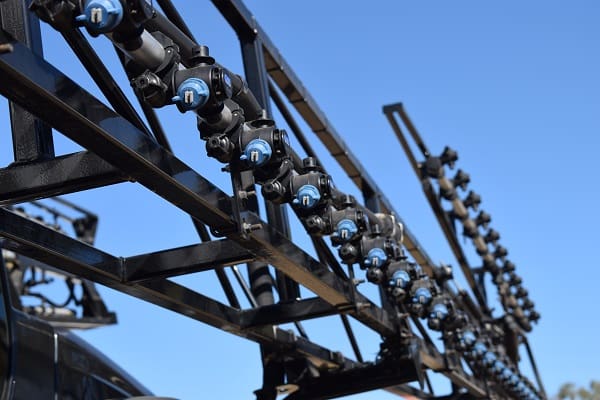 With the use of the herbicide glyphosate coming under increasing pressure, University of Sydney’s Sydney Institute of Agriculture director, Professor Alex McBratney, says it’s time for agriculture to start making plans for working without the widely used chemical.

‘The Monsanto papers’ revealed by ABC TV’s Four Corners program (see Grain Central story) have brought to the surface long-simmering questions about the safety of glyphosate, one of the most widely used chemicals in world agriculture. Most people know it as Roundup and it is commonly used by domestic garden enthusiasts across Australia. 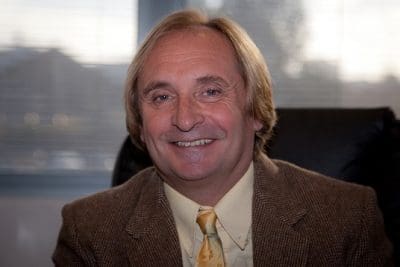 The jury is still out on whether the chemical, N-(Phosphonomethyl)glycine, is a health risk. The World Health Organisation rates it a ‘2A carcinogen’, meaning its likelihood of causing cancer in humans is ‘probable’. However, controversy continues over the validity of the study upon which that decision was based. Many studies have found no link between glyphosate and cancer.

But even if no conclusive evidence emerges about glyphosate’s health risks, it is time to bite the bullet and start a process in conjunction with the agriculture industry to diversify our herbicides away from reliance on a single chemical for four key reasons:

Glyphosate is arguably the most important synthetic compound in world agriculture. It has been used widely since its invention in the 1960s and is the basis for what many considered to be a form of sustainable farming; conservation agriculture.

As the world’s population has soared from 3.5 billion in the late 1960s to today’s 7.6 billion, glyphosate has underpinned massive increases in crop yield, helping to feed the world.

Glyphosate is a systemic herbicide that controls weeds by inhibiting the production of aromatic amino acids. Its principal use in Australian agriculture has been to control weeds during the fallow period allowing the sowing of new crops without the need for tillage. This has saved billions of tonnes of precious, productive top soil by removing the need to cultivate for weed control.

Invasive soil tillage is the major cause of soil erosion by removing surface cover and breaking down soil structure. This causes devastating losses of soil by wind and surface water runoff.

The world’s biggest agriculture centres now rely heavily on glyphosate. It is used widely in Europe, North America and South America, particularly Argentina and Brazil. And it is ubiquitous in Australian agriculture.

Its use has increased dramatically since it was removed from the patent register. In 2000 when Monsanto’s patent expired, global glyphosate use was about 193.5 million tonnes a year. By 2014, usage had hit 825.8 million tonnes. It is now a generic herbicide able to be produced cheaply all over the world.

Another reason for its increased use has been the introduction of Roundup-ready cultivars of common plants such as cotton, soya bean and canola developed by the multinational Monsanto.

Through genetic modification, these cultivars are resistant to glyphosate, which creates the opportunity to use the herbicide to selectively control weeds without harming these crops. This revolutionised agricultural production and dramatically increase the reliance on a single herbicide.

But there have been growing concerns about its safety. In 2015 the World Health Organisation’s International Agency for Research on Cancer classified glyphosate as “probably carcinogenic to humans”.

That puts it in the same 2A classification as some bitumens, creosotes from coal tars, red meat consumption, anabolic steroids and emissions from high-temperature frying.

This is not to take away the gravity of any risk and some take it very seriously indeed. Last year the European Union narrowly voted to grant the herbicide a further five-year lease, despite a petition signed by 1.3 million Europeans calling for it to be banned.

European farmers threatened to revolt if the lease was not renewed.

This vote seems merely a stay of execution. There are other signs that change is coming. A recent court case in California awarded culpable damages of $US289 million to a school groundkeeper who had contracted cancer and who had used glyphosate for herbicide treatment. At the time Reuters reported that Monsanto was facing more than 5000 similar lawsuits across the US.

Besides potential environmental and human health risks there is also a growing frequency of resistance evolution in numerous weed species that have been frequently treated with glyphosate.

The Sydney Institute for Agriculture believes we should anticipate glyphosate restrictions and the prospect of bans in the EU, the US and eventually Australia.

However, we must tread carefully. An immediate worldwide ban would threaten world food supply. Any restrictions or ban will need to be phased in so as not to destabilise food security. This will also give the research and agriculture community time for alternative arrangements to be made.

We need to get to work on that immediately. We want our rural research community and development corporations to work together to prepare for agriculture after glyphosate. That will involve the development of alternative herbicides and different agricultural practices at an industrial scale.

There are huge economic benefits for Australia if we can help derive these new chemicals here and so prosper from the intellectual property rights. Now is also the time for research into agricultural techniques that leads away from the blanket use of glyphosate. This will involve the development of precision application of herbicides for fallows, alternatives to Roundup-ready crops and the use of other agents for killing off and desiccating crops so that they can harvested.

Moreover, the predominant farming concept of conservation tillage is 50 years old, we need to start developing new technologies to replace this approach. This is a huge challenge but it’s time to start.

MEANWHILE, researchers at the University of New England (UNE) at Armidale in northern New South Wales are looking into how glyphosate moves through the environment and its impact on soils.

Working in collaboration with the NSW National Parks and Wildlife Service and Australian Antarctic Division, they are investigating how effective the herbicide is, and how it persists and moves in these environments under different temperatures and rainfall patterns.

The UNE team has developed advanced analytical techniques to quantify the concentrations and transfer of glyphosate in soils, waters, plants and organisms.

Their findings will provide ground-breaking data for regulators to make decisions about where and how to use the herbicide, widely sold as RoundUp, in landscapes where it hasn’t been used before.

The UNE team is expected to report on their glyphosate studies next year.