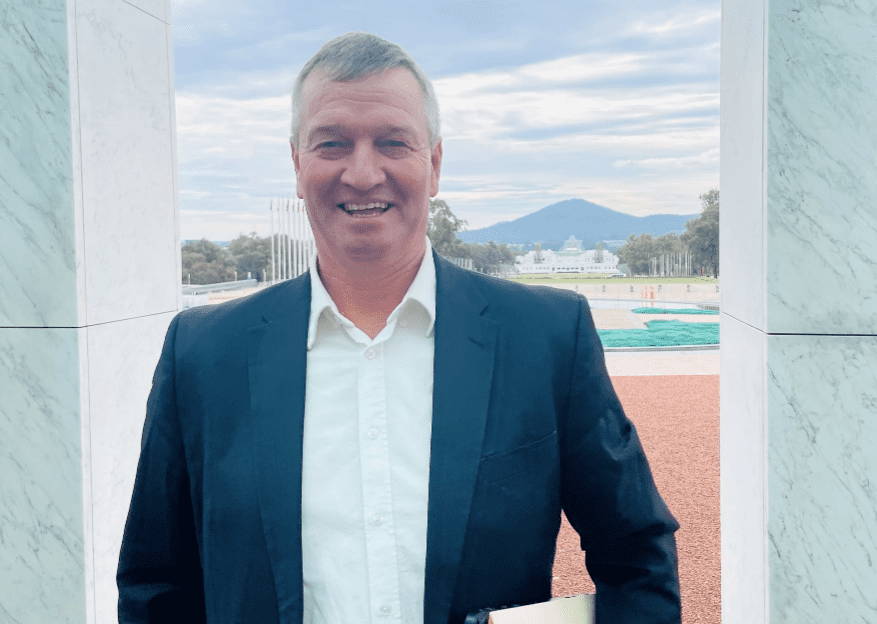 GRAIN Producers Australia (GPA) has reiterated its push for an introduction of a container levy to help finance enhanced biosecurity measures at a hearing of the Federal Government’s Rural and Regional Affairs and Transport References Committee last week.

GPA representatives chief executive Colin Bettles and southern region director Andrew Weidemann told the committee this levy would be a fair and equable way to pay for measures, such as fumigation of containers.

The submission was in response to an inquiry launched in July 28 entitled: Adequacy of Australia’s biosecurity measures and response preparedness, in particular with respect to foot-and-mouth disease and varroa mite.

While the public hearings, which were held on September 8-9, were mainly focused on the foot and mouth disease (FMD) and lumpy skin disease (LSD) threats and varroa mite incursion, the GPA statements drew attention to the ongoing risk of khapra beetle and possible actions to reduce it.

Mr Weidemann called khapra beetle the “grains industry’s FMD or lumpy skin issue” and said that the risk of an incursion is ever present.

“Khapra beetle could cause an estimated $15.5 billion worth of damage over 20 years and a loss of access to important grain-export markets for Australian farmers,” Mr Weidemann told the committee hearing.

“GPA is also aware that while the public’s current focus on biosecurity is related to two animal health threats, in reality a plant-health disease could arrive before any of these, and therefore complacency is never an option for us.”

He said the greatest risk of a khapra beetle incursion comes from containers, rather than bulk grain movements.

“Generally speaking, most of the issues that we find come in the wooden-floored containers where eggs are laid.”

He said in most cases, the pest had entered the container at a location four or five trips before entering Australia, rather than at its last destination.

Mr Wiedemann said after discussions with grains-industry container packers in Victoria, it was clear current biosecurity measures were not sufficient to detect a possible incursion.

He said companies “do inspections, but they are not doing an inspection per se to be able to pick up the tracing of eggs and things in some of these containers in the grains industry”.

“On top of that, you have got retail goods coming into Australia, which is where we have had our issues, and also understanding where the liability stops and starts with some of these organisations that are opening the containers and their understanding about…reporting.”

Mr Wiedemann said GPA saw the most effective measure to mandate fumigation and other measures is via the introduction of a container levy.

“GPA has advocated for the introduction of a levy for all imported containers entering Australia in response to these escalating demands and complex challenges.

“From a protection point of view, a minimal cost probably placed at the export point as a part of that certification would potentially be the most appropriate under a levy-based arrangement.

“I’m sure that could be implemented on an export-charge component and so that we are actually then looking at how we could fund a scheme that could actually fumigate these properly.

“I would hope that through the next few months that we would be able to sort this out because all of the plant industry groups and others have supported having some level of container levy in place.”

Committee chair National Party Queensland Senator Matt Canavan acknowledged that there had been an earlier inquiry into a proposed onshore biosecurity levy.

He said although this proposed policy “got quite advanced”, it was eventually knocked back “due to a political firestorm” fuelled by opposition from several interest groups.

A levy was first proposed in a report following an independent review of Australia’s biosecurity system in 2017.

An Onshore Biosecurity Levy Industry Working Group and an independent industry steering committee were formed in 2019 to investigate the benefits of a levy and possible methods for implementation.

Ultimately, the then Department of Agriculture and Water Resources decided against proceeding with a levy.

In a statement, the Department cited the “significant regulatory impacts on industry and proposed levy payers” for the key reason behind the decision, alongside the “ongoing impacts of drought, bushfires and COVID-19 on the Australian economy”.

Mr Bettles told the committee that the GPA was and is disappointed by this outcome. GPA chief executive Colin Bettles told the committee that GPA was still in favour of a container levy.

“We haven’t had it properly explained, to me at least, the reasons why the container levy was rejected or not implemented,” Mr Bettles said.

“Whether it was some practicalities around systems, we would like to think that we could find ways to overcome that to implement it given the benefits that it could deliver, not only for growers in our industry, but the broader public as well.”

Mr Wiedemann said emerging technologies could also be an answer to reducing the biosecurity risks from container movements.

He said technologies, such as x-rays “have been beneficial particularly in the container sector” as well as digital traceability systems.

With many khapra beetle incursions coming from a location several stops before the previous export site, Mr Wiedemann said longer-term traceability would better inform the department which containers posed an increased biosecurity risk.

He said this would be a very difficult system to implement as it would be reliant on other countries mandating the scheme.

There is evidence of khapra beetle a number of countries, including in India and parts of the Middle East, Asia, Africa and Europe.