The CME Globex trading floor in Chicago in 2004. The global exchange allows 24-hour trading of futures and options for contracts including wheat. Photo: CME Group

FORMER head of the Sydney Futures Exchange (SFE) Les Hosking has seen some quantum shifts in risk management in his time in a range of industries, and he believes some short-term pain for long-term gain is coming for the grain industry.

Mr Hosking will share his observations and predictions in his address on the topic of Price Discovery of Global Commodities/Exports to open the final session of the Australian Grains Industry Conference 2022.

Mr Hosking said technological advancements including big data, and squeezes in global supply brought to light by Russia’s invasion of Ukraine will be the catalysts for a rapid change in the grain sector.

“Traditionally, it’s been a broker working in a trusted relationship, and those old-fashioned ways make it hard for the tools of the new way,” Mr Hosking said.

They came to the fore during the American Civil War of the 1860s, when buyer’s and seller’s options were exercised on the Chicago trading floor to get around supply issues created by the conflict. 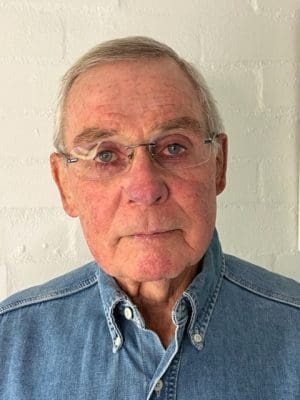 Les Hosking will be speaking about price discovery at AGIC 2022.

“It was a to-arrive market, and it got big during the Civil War, when moving grain up rivers to the Great Lakes was difficult, and they wanted a system of forward contracting.”

Mr Hosking said Russia’s invasion of Ukraine is forcing a comparable reason for looking at price inequalities based not on stocks overall, but availability of stocks in certain locations.

“Something like the current issues due to the Russia-Ukraine conflict have caused people to look at big prices overseas and say ‘we’re not getting them’.

“AGIC is across that, and that’s why this session is on the program.

“I think the grain market will go through a revolutionary period.”

Mr Hosking said the Australian grain industry still relied heavily on the cash market, and most exposed were small-to-medium traders without the hedging available to growers through on-farm storage, and multinational trading companies with stocks spread across the globe.

“It’s because of habit, and not the grower’s habit, that the industry hasn’t caught up.”

“Now, particularly that we have the ability for people to trade online and payment systems are better, there are capacities to link international markets.”

Mr Hosking said the development of over-the-counter (OTC) contracts has made arbitrage possible to traders of all sizes, and could be better used to flatten out the discrepancies seen in export pricing through more market participants trading spreads.

These spreads are expressed as basis, which in Australia refers to the difference between the free-on-board price of Australian grain at the point of export, and the corresponding CME contract.

An export system working at capacity to shift back-to-back bumper wheat crops has kept Australian basis at incredibly low levels, which are only now just starting to creep up.

The same has been seen in Ukraine, where its grain stocks have been unable to get to market because of its inability to ship via Black Sea ports. 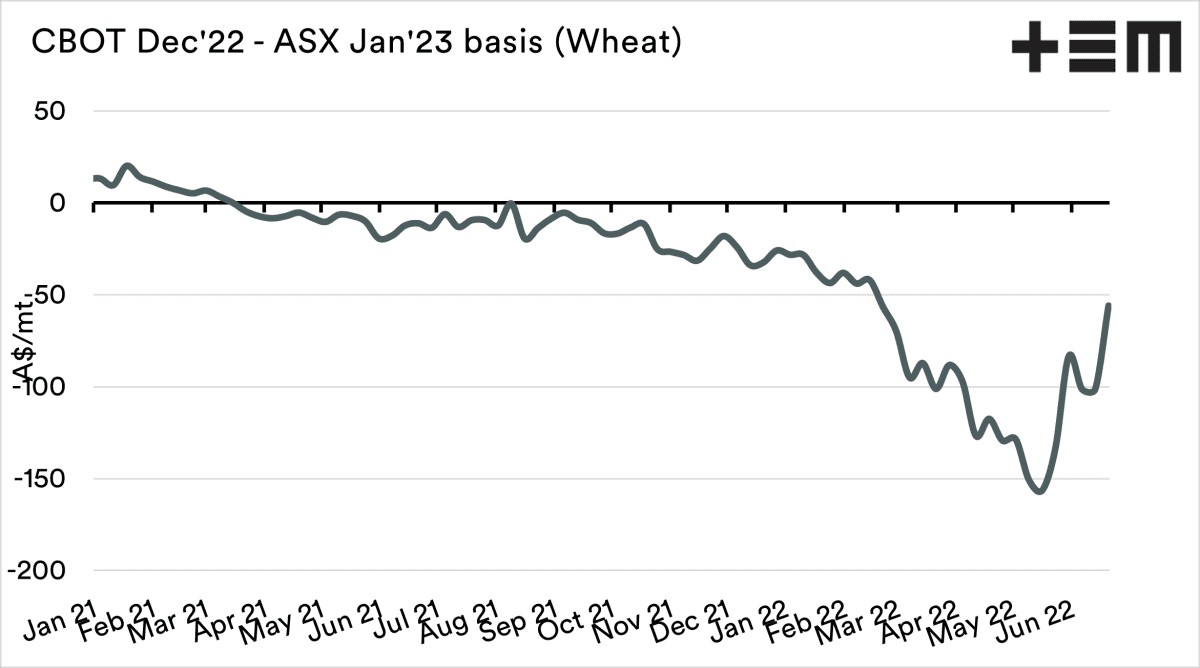 Graph 1: Australian basis has been in negative territory for more than 12 months, and caused many Australian growers to question the pricing of their exported grain. Source: Thomas Elder Markets

Mr Hosking said the origin of the Chicago exchange was somewhat unique in that it reflected pricing for a commodity produced by thousands, namely growers, rather than a handful, as has been the case with energy, metals and minerals.

“There are too many oil men that were designing financial markets, then too many miners, or processors, designing metals contracts.

“With Chicago, the market was designed by traders.”

Coupled with North America’s huge domestic market, he said Chicago futures have made CME the global leader in agricultural hedging.

“Australia has such a small population that competition starts to thin out; think four major banks, and three major supermarkets.”

“That makes them arbitragable between markets.”

“CME has got the biggest liquidity, but the key thing that’s happened is that CME clears and settles globally.”

Mr Hosking started trading in 1968 on the floor of the Sydney Greasy Wool Futures Exchange, and has been instrumental in helping to develop Australian markets in wool, livestock and beef as well as gold, bank bills, treasury bonds and the share price index.

He was heavily involved with establishing Australia’s national electricity market, where accumulation of water to create hydroelectricity made it a storable commodity.

“When a process comes along that improves the way it’s traded, we all benefit.”

“That means whatever’s good for the grower is good for Australia.”

Mr Hosking said big data being collected by companies that could track grain production and movement was set to remove some of the mystery which exists in the middle ground of the grain market.

“Markets are about production, storage and warehousing, transport and consumption.

“In Australia, we know how to produce it, and we have markets for it; it’s the processes in the middle that are the problem for the market.”

He said a rationalisation, and not without protest, should be expected among service-providers.

“Intermediaries like brokers and financiers don’t want to give up what they’ve got.

“They don’t want to hear automation’s going to eat their lunch.”

“Fortunately, what’s happening today is the intermediaries do see that competition is there in the form of electronic trading…and they’ll see there is a bigger pool of customers and services if you centralise it.

“Electronic trading is basically putting into the hands of the consumer, more and more, the production and delivery of the product.”

The SFE launched Australia’s first wheat futures contract in the 1990s, and the contract is now managed by the Australian Securities Exchange following its takeover of SFE.

Mr Hosking said the contract’s growth has been “good but not spectacular” because of limited liquidity.

“Price discovery is about liquidity.”

“The big traders are reluctant to use a marketplace if they’re already the direct counterparty.”

This is in contrast to the instruments such as interest-rate swaps and bond futures that gained popularity following deregulation of Australia’s financial markets, and aggressive marketing of them by SFE to market participants.

Electronic trading platforms like Clear Grain Exchange have seen serious growth since their inception in recent years, and point to the appetite for an electronic intermediary.