TIMES are still tough, but the grains sector has shown the biggest upswing in confidence in the past few months, with sentiment among grain growers outstripping other commodity sectors, according to Rabobank’s first quarterly Rural Confidence Survey for 2019.

Rabobank Australia chief executive officer Peter Knoblanche said with the winter cropping season approaching, confidence in the grain sector was being underpinned by local grain stocks at a 10-year low and the domestic basis expected to stay above average into 2020.

However, while the survey showed overall farmer sentiment edged marginally higher over the past quarter, it remains at low levels with more farmers negative than positive about the year ahead,

Lack of drought-breaking rain in eastern and southern Australia continues to take its toll, while sentiment has plunged in Queensland as northern cattle producers come to terms with the devastation of recent flooding. Farmers in Western and South Australia were more optimistic than their counterparts in the rest of Australia, reporting a higher level of confidence as they looked forward to a good autumn break.

“In the west, the prevailing positivity comes off 2018 being one of the most profitable years the state’s grain growers have ever experienced,” Mr Knoblanche said.

“And while it will be hard for the coming season to match up, it has helped set many up for this year, and the years ahead.”

Victorian farmer confidence edged up for the quarter, primarily driven by anticipation of a positive autumn break.

In South Australia, Victoria and New South Wales – where last year’s winter crops were all below average and it remains dry in many regions – Mr Knoblanche said farmers were looking for a “decent autumn” to set them up for the year ahead. 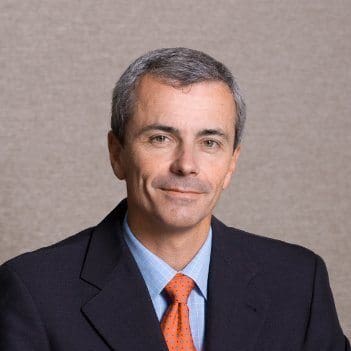 “It is perhaps the most anticipated autumn break in a long time, coming off the back of a dry year, and in some areas, a consecutive run of dry years. Farmers are ready to jump into their cropping programs with confidence if the season allows, although it will take time to ease the input cost pressures for those feeding livestock and to rebuild herds,” he said.

Mr Knoblanche said it had been a very difficult start to the year for many, with drought, bushfires and floods, and with the country enduring its warmest summer on record.

He said the outlook for the year ahead all hinged on seasonal conditions, which remained very uncertain heading into the critical autumn period.

“A good autumn break will be critical to allow farmers to get their crops in on moisture and to give graziers some relief from feeding stock. And significant rains are needed to boost irrigation storages, which remain low in all major systems in south-eastern Australia,” he said.

With rain in the next few weeks critical to shoring up confidence in the season ahead, Mr Knoblanche said commodity prices, thankfully, remained strong.

“Positive developments like improved access to overseas markets, such as the recent trade deal with Indonesia, and increased investment in agriculture are also helping to underpin longer-term positivity in the sector,” he said.