Foot and Mouth Disease has already had a devastating affect on the Indonesian livestock and adjacent agricultural industries. Photo: EPA/Bagus Indahono

GRAIN growers are being urged to create or update a biosecurity plan, with the increasing threat of Foot and Mouth Disease (FMD) entering Australia posing a serious risk to all farming operations, not just livestock producers.

FMD is an incredibly contagious disease which affects all cloven-hoofed animals, such as cattle, sheep, goats, pigs and deer.

It causes blisters and ulcers to infected animals, most apparent in the hooves and mouths.

While FMD does not directly impact grain production, an Australian case of the disease would potentially cut all Australian exports of animal products and hay, and significantly inhibit the movement of livestock and agricultural products from farms.

This threat is heightened when considering that of the about 16,000 cropping farms in Australia, about 8900 are mixed operations, according to ABARES’ Financial performance of cropping farms 2019–20 to 2021–22 report.

GrainGrowers chair and Quambatook grower, Brett Hosking, told an FMD Biosecurity Update webinar this week that all agricultural industries are interlinked, and the grains sector would not be unscathed if FMD came into Australia.

He said with confirmed cases in the tourist hotspot of Bali, the risk was higher than ever.

“If we do get Foot and Mouth Disease, the impact is massive to the Australian economy, to Australian communities, growers like me….so that is why we are so committed to making sure we do have a strategic and prepared response,” Mr Hosking said.

“A little bit over 10 million tonnes (Mt) of Australian grain go into the livestock industry.

“It is a big market for our growers.

“We are just as interested in biosecurity in the livestock sector as we are very much so in the grains sector.”

Thomas Elder Markets livestock analyst, Matt Dalgleish, told the webinar that if the disease entered Australia, it could take years to eradicate.

“With FMD, the first stage would be an immediate halt to livestock movement across the whole of the country, irrespective of where that incursion is,” Mr Dalgleish said.

“There would also be an immediate restriction around our exports, all red meat, so goat, sheep meat, cattle and other smaller red meat products that go out.

“The length of restriction would be very much determined by how quickly we can get on top of the outbreak; it depends if it’s a small outbreak that hasn’t spread much or if it is a big outbreak that has spread a lot.

“It would be at the very best a matter of many, many months and at the worst it could be into two, three, four or five years.”

He said with more and more livestock on feed, the impact demand for some grains.

“The use of feedgrain is increasing if you look at the last 20 years or so.

“Just in the beef feedlot sector, the size of that sector has increased from about 25 per cent of turn-off to about 55pc of turn-off is grain finish for beef cattle.

“The amount of grain that goes in that sector in any given year is somewhere to the tune of 7-10Mt of grain.

“During the drought it could be slightly higher.

“If we had a big incursion and the requirement to cull a lot of animals over the beef and pig feedlot sectors, that would have a big impact upon some of that feed demand domestically.”

Mr Dalgleish said the logistics of operating a farm would also change, with stringency restrictions likely to and from areas affected by FMD.

“If we do get FMD on the farm, we would cut back on stock…and up our grain section.

“We would probably see a significant increase in grain production in WA from probably 20Mt up to 25Mt or more.

“You have less grain going to livestock, so that would increase the export, and, at the moment, WA is under a lot of strain with exporting 20Mt; just imagine trying to do 25Mt.”

“What we have seen in 2020-2021 is supply chains across the whole country, including the east coast…at capacity, so we would see increased export volumes presumably from the east coast as well, which will put further pressure on the supply chain.”

Department of Agriculture, Fisheries and Forestry Exotic Animal Disease Preparedness Taskforce head Chris Parker said the Federal Government was working to prevent FMD from getting across the border but, as a last line of defense, growers should ensure they have an up-to-date biosecurity plan. 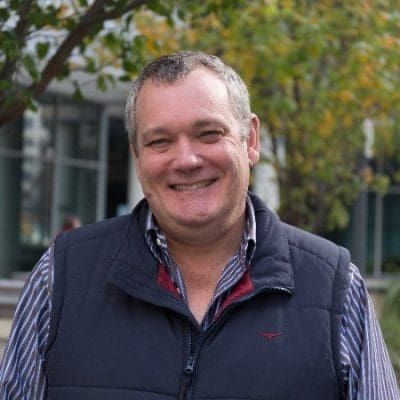 “Let’s be honest: Who is the most likely to bring this into the country?” Dr Parker told the webinar.

“It is probably farmers or farmers’ sons and daughters who have travelled and not done the right thing.”

“Folks should be creating or updating a biosecurity plan for their property; that is the best thing anyone can do at the moment.

“Ours is not that sophisticated…we register people going on and off, we have got signs and we make sure everything on farm and any stock movements are up to date.

“They don’t have to be very sophisticated and there is some real critical control points that people can focus on and do something very quickly.”

He also urged farmers to spread the word and make sure people coming into Australia from countries like Bali and Indonesia follow all directions and take proper precautions, such as avoiding farms and livestock when overseas.

Dr Parker said it is imperative that travelers declare where they have been and any dirty clothing or footwear.

“If you are aware of someone coming in who reckons they didn’t get questioned and had dirty boots in their bag, they have broken the law, because they should have declared.

“You will never get in trouble for declaring something…if you are not sure, declare.”