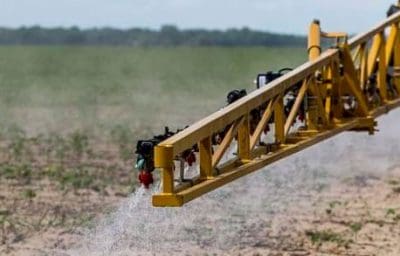 The current system based on letters of the alphabet is nearing capacity and will be replaced by a system of numerical codes which have unlimited capacity.

Growers can expect to start seeing herbicide labels with the new mode of action classification system from early 2022.

There will be a transition period during which herbicide labels will exist in the supply chain, some bearing the legacy alphabetical MoA classifications, and others transitioned to the global numerical system.

The numerical classification system should be fully implemented by the end of 2024.

Charles Sturt University herbicide resistance testing service manager, John Broster, said the current system was already up to 25 groups and would soon run out of room “unless we invent some more letters in the English language”.

He said under the new numerical system some of the former classifications would simply transfer across (e.g. the Group A’s will become the Group 1’s) while others would involve more substantial changes (e.g. Group C’s will be split into two or more groups to more accurately represent how they work).

“It will be a worldwide system so that wherever you are in the world the herbicide groups will be the same,” he said.

CropLife Australia chief executive officer, Matthew Cossey, said the changes were all about ensuring world’s best practice pesticide use into the future and allowing Australian farmers and advisers access to the most up-to-date information relating to managing herbicide resistance.

“Farming is becoming increasingly global. More than ever farmers, agronomists and academics around the world are accessing and sharing information to assist them to grow crops, while managing sustainability issues such as herbicide resistant weeds. It’s important then that the Herbicide Mode of Action classification system in Australia is aligned with the global one,” he said.

CropLife’s Expert Committee on Herbicide Resistance is working with academics, researchers and advisers as well as the Australian Pesticides and Veterinary Medicines Authority to make sure farmers and agronomists are ready for the changes.

A mobile app compatible with Android and Apple systems is available via the HRAC website at no cost to users. It cross references the herbicide active ingredient with its former MoA letter and new MoA number.

The Global HRAC Herbicide MoA Classification app can also be downloaded via Google Play or the App Store.