PULSE farmers will need to up their production capacity as well as move to higher-protein crops and varieties if Australia is to meet the targets for local growth and manufacturing of plant-based proteins identified in the CSIRO’s ‘National Protein Roadmap’ report released yesterday.

The report has identified opportunities for Australian agriculture at all levels of the plant-protein supply chain, from growth of raw products to the manufacturing of ingredients and finished products.

Focusing on an outlook to 2030 with both ambitious and conservative scenarios, CSIRO predicted that the current plant-protein market of $140 million could balloon to between $3 billion and $9B in less than ten years.

Although this is a major jump, the figures are small compared to the conservative estimate for the overall Australian protein market, which is set to hit $76B by 2030.

“This will help shift Australia’s reputation from being the world’s food bowl of commodities to becoming a global delicatessen of unique higher-value exports.”

According to the roadmap, farmers would be key in this vision to make Australia a sustainable protein powerhouse.

CSIRO identified Australia’s “significant capacity and experience in crop breeding” as a key advantage in moving into breeding and growing higher-protein crops.

However, the current market would need to focus on maximising protein content, and would require research to move away from yield or agronomic traits as a project goal, and target the crop’s suitability for downstream processing.

It would also require a major increase in the local production of high-protein plants which is not currently great enough to satisfy the demand for the raw product if Australia is to have end-to-end control of the industry.

According to CSIRO figures, 60,000 tonnes to 180,000t of raw plant-based proteins will be needed to service the requirements of the finished product market.

This mostly takes the form of soybeans alongside, wheat and pea proteins which would be processed into texturised plant protein (TPP), isolates, concentrates and flours.

For context, Australia’s forecast soybean production was 53,800t in 2021-22, according to ABARES latest crop report.

“A significant scale-up of domestic soybean cropping, imports of soy-protein ingredients, alternative protein crops, or a mixture of these options would be required to meet the manufacturing needs by 2030,” the report stated.

It also said further investigation could be conducted into imported soybean sources, such as, from sustainable and/or non-GM producers to address consumer concerns.

Further investigation into plant-based alternatives to soy protein that are comparable in terms of features, such as, taste, texture, and functionality.

The report found that Australia’s current production of wheat and pulses would easily meet the conservative scenarios for the predicted requirements of the plant-protein sector for the raw ingredients.

Another roadblock in the way of Australia becoming a plant-protein manufacturing powerhouse is the lack of extraction infrastructure needed to produce protein isolates.

The only local operational fractionator is the Australian Plant Proteins facility in Horsham, Victoria which produces protein powders primarily from faba beans.

Others in the process of being constructed include the Unigrain fractionation facility in Ballarat, Victoria and the Wide Open Agriculture protein-isolate facility in Kewdale, Western Australia. Unigrain is building a pulse fractionation plant at its Smeaton site. Photo: Unigrain

Main Sequence Ventures (MSV) partner Phil Morle speaking at the online launch of the roadmap said scaling up alternative protein businesses and products as well as acquiring sufficient investor capital should be a key priority for established industry representatives.

As a member of the MSV’s team, Mr Morle manages the CSIRO Innovation Fund which had a hand in founding plant-protein company v2foods.

He said reducing the cost of the value-added alternative protein products through increasing investment and production is how the industry will have a larger footprint in Australia.

“It’s all about costs if this is to be a mainstream opportunity.” 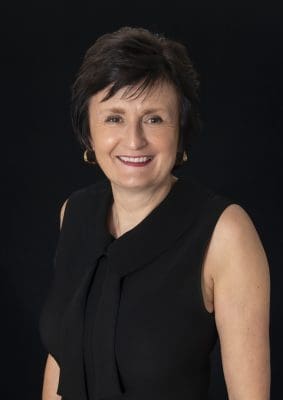 Mr Morle said increasing production in Australia will have multiple benefits for the industry but will also encourage growers and other adjacent sectors to get involved by producing more raw ingredients or investing in research and technology.

“The moment we land mass-scale production for some of these things, including plant-protein processing, there will become gravitational pulls that drag everything else forward on a bigger scale and faster speed.

“The sooner we know these things are happening and are on the ground, the sooner we are on our way as a country.”

“Australia has a real opportunity to have a thriving local food-manufacturing sector, while becoming a leading exporter in value-added traditional, plant, and novel protein products.

“Building domestic capacity and infrastructure to not only tap, but to build scale, for the plethora of protein opportunities is critical if we are to switch from importing ingredients to producing our own domestically.”