Incitec Pivot is a leading manufacturer and supplier of fertiliser products. Photo: IPL

INDUSTRIAL chemicals manufacturer and the largest supplier of fertilisers in Australia, Incitec Pivot Limited (IPL), has reported a record net profit after tax (NPAT) of $384 million for the six months to March 31 (1H22).

This reflects an increase in profits of just over 1050 per cent, with the NPAT up $348M on the previous corresponding period’s figure of $36M.

IPL credited the rise in commodity prices for seeing an upswing in EBIT for the Fertilisers Asia Pacific business, which reported a 1H22 result of $257M, up from just $20M in the previous corresponding period.

Fertiliser distribution earnings in the first half were up marginally, with domestic volumes being impacted by heavy rain in southern Queensland and New South Wales which delayed the application of fertiliser for the winter season in those areas.

Although reporting a slight earnings increase, these factors saw an overall reduction of domestic volume distributions of 2.6pc. 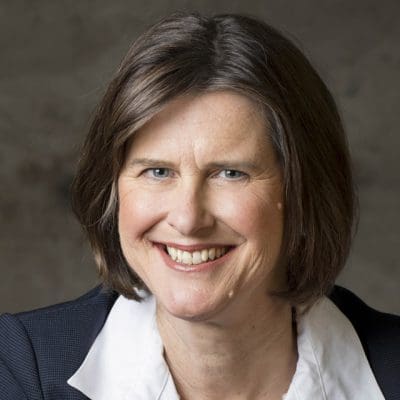 Sales of premium products continued to grow, with liquid fertiliser sales up 25pc on the previous corresponding period.

“Our fertilisers team and business performed very well, and we continue to strengthen the base business for performance through the cycle,” Ms Johns said.

“We made good progress on our soil-health strategy including the acquisition of Australian Bio Fert, which will result in a new category of sustainable fertilisers.”

Gibson Island ramps up on AdBlue

She said IPL quickly acted to fill the critical shortage of AdBlue in the Australian market due to international supply-chain disruptions.

With the assistance of the Australian Government, Ms Johns said IPL was able to reconfigure production at Brisbane’s Gibson Island plant to satisfy demand.

“We were also pleased to provide a short-term solution to secure AdBlue for the Australian domestic market, following limited supply of the essential emissions reduction product from overseas markets.

“Our manufacturing and logistics expertise was quickly mobilised to support the key transport, mining and agricultural sectors.”

IPL said this was due to equipment failures and inefficiencies.

As announced in 2021, Gibson Island is still preparing to cease manufacturing by the end of the year.

Production out of IPL’s Phosphate Hill manufacturing plant at Selwyn in western Queensland was also lower than expected due to equipment issues.

IPL chairman Brian Kruger said the decision was made after a strategic review of the fertilisers business in 2019.

“The Board sees significant value enhancement through the separation of two industry-leading businesses and brands in Dyno Nobel and Incitec Pivot Fertilisers,” Mr Kruger said.

“Our explosives and fertilisers businesses will continue to provide attractive exposure to the essential minerals and agriculture industries that are underpinned by important global megatrends.”

IPL is aiming for the separation to be complete in the first half of 2023.